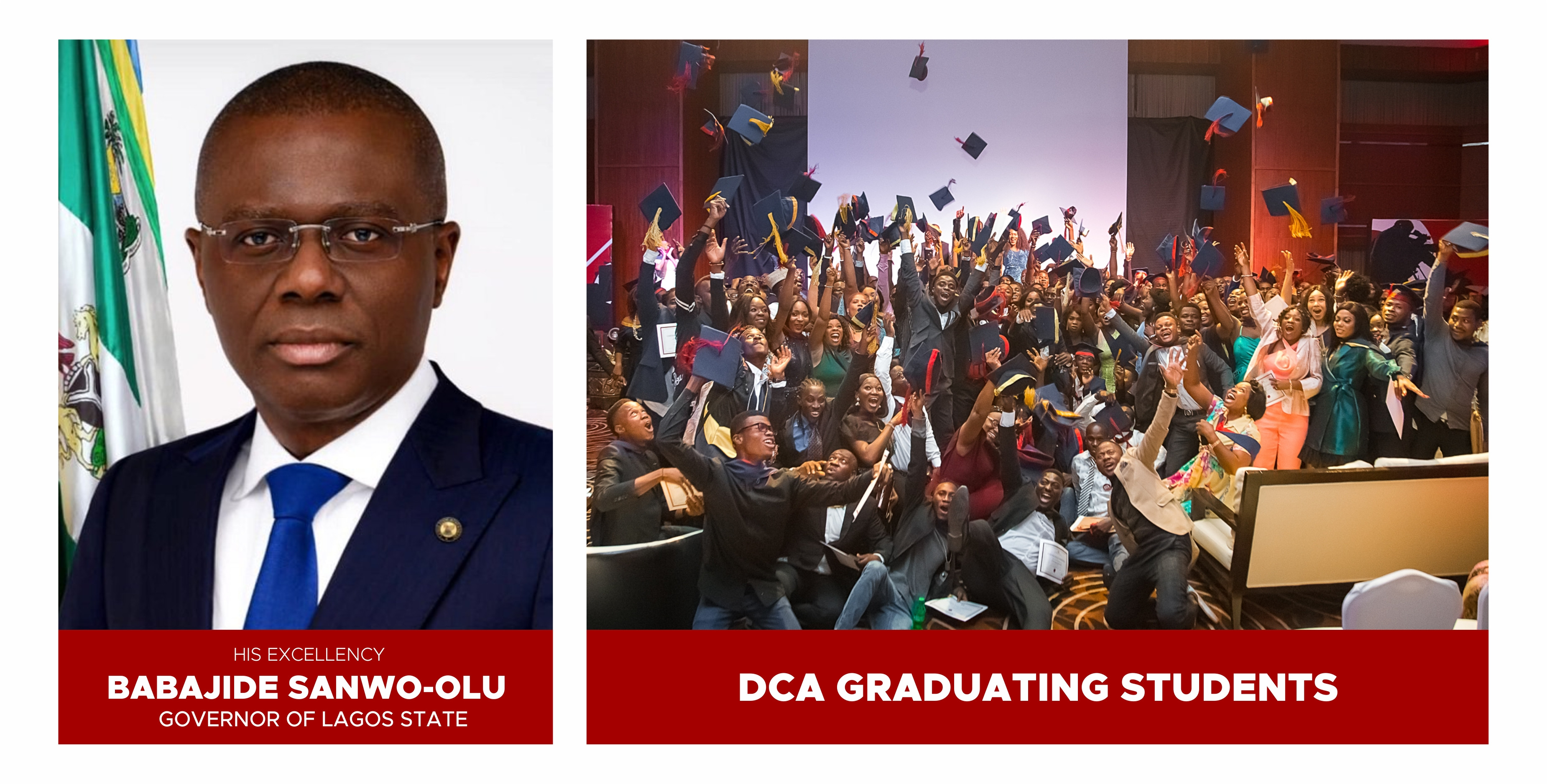 History was made as Del-York Creative Academy and the Lagos State Government through the Ministry of Tourism, Arts and Culture pioneered the successful completion of one of the largest and first-ever digital skill training programs for creative talents in the state. With an initial entry of about 10,000 aspiring talents, only 1,000 of the best creative minds from all LGAs and LCDAs were drafted into the Creative Lagos Training Program. These 1,000 residents of Lagos were subdivided into five creative zones (Ikorodu, Badagry, Ikeja, Eko, And Epe).

On August 6th, 2021, all successful and thoroughly groomed finalists in the inaugural DCA Creative Lagos program were honoured in a grand ceremony by the Governor of Lagos State, Babajide Sanwo-Olu; the Honourable Commissioner, Pharm. (Mrs) Uzamat Akinbile-Yusuf, and President of Del-York Group, Linus Idahosa. These distinguished personalities have given their passionate support and commitment to impart a new generation of exceptional creative talent for Lagos State, inspiring the multi-dimensional diversity of talents in the program with the end goal of creating a positive transformational impact for the Lagos Creative Industry.

The Graduation Ceremony was held virtually via Zoom conferencing and was also streamed live on Youtube to engage the graduates and their families at the ceremony. Also joining the event were the DCA Creative Lagos program facilitators, stakeholders within the Lagos State Government (LASG), Ministry of Tourism, Arts and Culture, and Lagos State Creative Industry Initiative (LACI) as well as other respected practitioners in the African creative industry.

The Del-York Group President, Linus Idahosa clarified that the Creative Lagos program was a platform for emerging African creative talents to get the training that will enable them to produce high-quality and world-class content which would showcase the rich African artistry to Africans and the rest of the world. “This is just the beginning,” he said. “We are setting a stage for young Africans like you to be appreciated by the world. We will not stop there, but we will ensure that you receive the leverage that will set you apart as innovative thinkers and doers for the creative industry in Lagos State, and across Africa.”

Commissioner for the Ministry of Tourism, Art and Culture, Pharm (Mrs) Uzamat Akinbile-Yusuf profoundly expressed the satisfactory growth and resilience that the graduating students had displayed through the course of the journey. She reminded the students that this first phase was the tip of the iceberg in the social investment program that her Ministry and LASG had in store for talented individuals in the state. She promised that many more programs were being set in place to ensure that they receive world-class training and opportunities. “I have seen your progress through the last few months and I do not doubt that this first crop of empowered talents in the DCA Creative Lagos program will go ahead to revolutionize Creativity and the Talent Industry for Lagos State in the coming years.”

Governor Babajide Sanwo-Olu praised Del-York Creative Academy and its president,  Linus Idahosa for delivering excellent world-class training provided to the students. The Governor commended all the graduating students for their hard work and dedication throughout the program.  “I am proud today to announce you all as ambassadors of the Lagos Creative Industry,” he said to the graduates. “Lagos State has always held the elevated position as the nerve centre of Africa’s Creative Industry, and I believe that with the training you have received here, it is time to take it further and make Lagos State the hub for world entertainment and creativity.”

To highlight the graduation ceremony, the Governor of Lagos State, Governor Babajide Sanwo-Olu revealed his grand plans for the Lagos State Creative Industry as he made the important announcement to offer full scholarships to 100 of the best graduating students into the higher learning program of Del-York Creative Academy later in the year.  Governor Sanwo-Olu encouraged the students to give their best, especially in their student projects, as their success would become the yardstick for future trainees of the Creative Lagos program. These 100 exceptional talents selected for the scholarships and will partake in the DCA Program will be joined by some of the best creative talents across the continent to develop new skills in the DCA ultra-modern learning facility in Lagos State. DCA offers the most intensive training program with a mission to ‘change the narrative’ for Africa’s storytelling through the creative arts, technology and media.

The graduating participants of the Creative Lagos program presented their student projects,  featuring documentaries and short films exclusively created, written and produced by the students and showcasing the creative storytelling prowess of all the creative zones represented on the day. The quality of the production was profound and rich, highlighting the high calibre of training they had received from the program.

The 1,000 graduating students of the Creative Lagos program qualify to become members of the prestigious DCA Alumni community which boasts a vibrant network of 3,000 alumni who are creative industry professionals across the globe. These graduands will be fully inducted into the DCA Alumni Portal, where they will have the all-access opportunity to network, discover new skills and leverage the academy’s talent resource to build a promising future and advance the creative industry potential in Lagos State.

“Death has separated us but in my heart you’re irreplaceable” Sound Sultan’s widow, Farida remembers him as she marks their 12th wedding anniversary

‘Death has separated us but in my heart, you are irreplaceable’ Farida Fasasi in pains as she celebrates 12th wedding anniversary