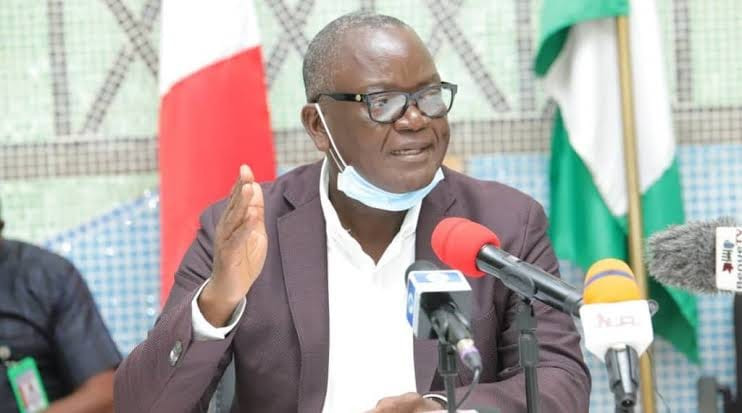 Benue State Governor, Samuel Ortom has said sycophants and mediocres have taken over the leadership of the country.

Speaking to journalists shortly after the Church service held at the Chapel of Grace, Government House, Makurdi, to mark this year’s Independence celebration, Ortom also said the leaders including himself have failed the citizens as nothing is happening in every sphere of the nation.

“There is nothing to celebrate, that’s why here in Benue state, we choose to celebrate God for giving us life. We cannot celebrate anything; is it the economy close to N600 per dollar?. Is it what?” he said.

“But, we need to celebrate God for keeping us alive, maybe tomorrow we can have a better Nigeria. But for now, I won’t deceive you, there is nothing to celebrate,” he added.

The governor earlier in his remarks during the church service lamented the height of insecurity, disclosing that over 100 security personnel had lost their lives between 2017 till date while trying to provide security for the people of the state.

He commended security agencies in the state for the recent arrest of a notorious outlaw nicknamed “Azonto”, even as he stressed the need for his return to the state so he could face justice.

Ortom further decried the plights of over a million displaced people in various camps across the state just as he urged Nigerians to continue to demand for a country that guarantees justice and fairness for all as in his estimation the nation as at now was far from the dreams of the founding fathers.