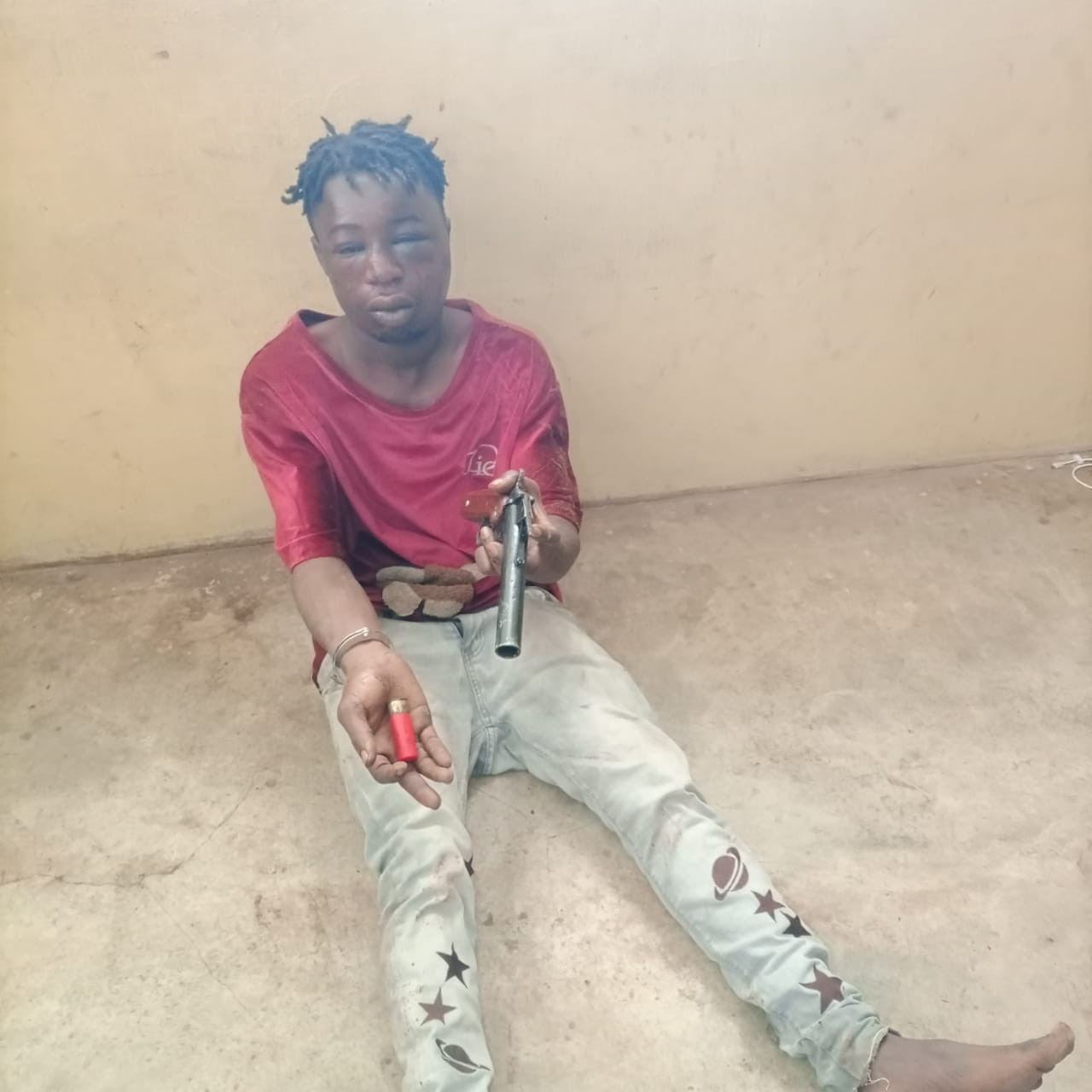 An armed robbery suspect identified as Bolanle Ojomu was on October 1 arrested by men of Ogun state police command while carrying out a robbery operation at Ilese Ijebu.

The hoodlums on sighting the policemen took to flight immediately, but they were hotly chased and one of them was apprehended with the assistance of members of the community, while others escaped.

Recovered from the arrested one is one locally-made gun with one live cartridge.

Confirming the arrest, the spokesperson of the state police command, DSP Abimbola Oyeyemi, said the acting commissioner of police DCP Abiodun Alamutu has ordered the immediate transfer of the suspect to state criminal investigation and intelligence department for discreet investigation. He also directed a massive manhunt for the fleeing members of the gang with the view of bringing them to justice.