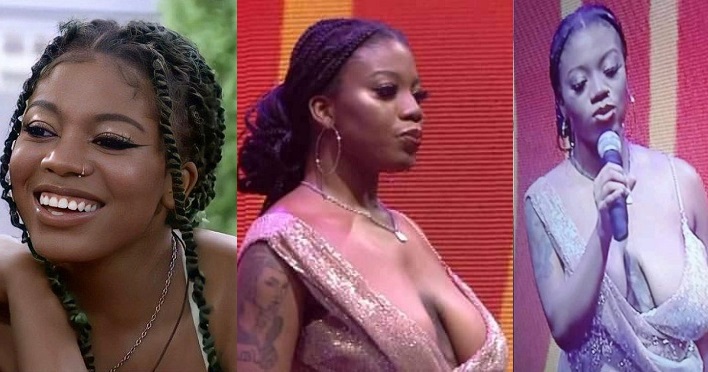 #BBNaija Grand Finale: Angel has been evicted from the Big Brother house

Considered to be one of the strong contenders this season, Angel sure gave viewers a treat during her stay in the Big Brother Naija house but it so happens that she’s unable to garner enough votes to make her win the grand prize.

Angel was announced moments ago by Ebuka as the next housemate to leave the Big Brother house and this time around, leaving the show as well as last week saw her leaving the house but not the show.

It’s no doubt that when reminiscing about the sixth season of the show, Angel’s name will come to light a couple of times cause she most definitely put on quite a show for viewers with her outspokenness, fights, charm, cooking and a whole lot more.

She made it as a finalist after spending more than two months in the Big Brother house but unfortunately couldn’t make it as the winner.

#BBNaija Grand Finale: Emmanuel has been evicted from the Big Brother house