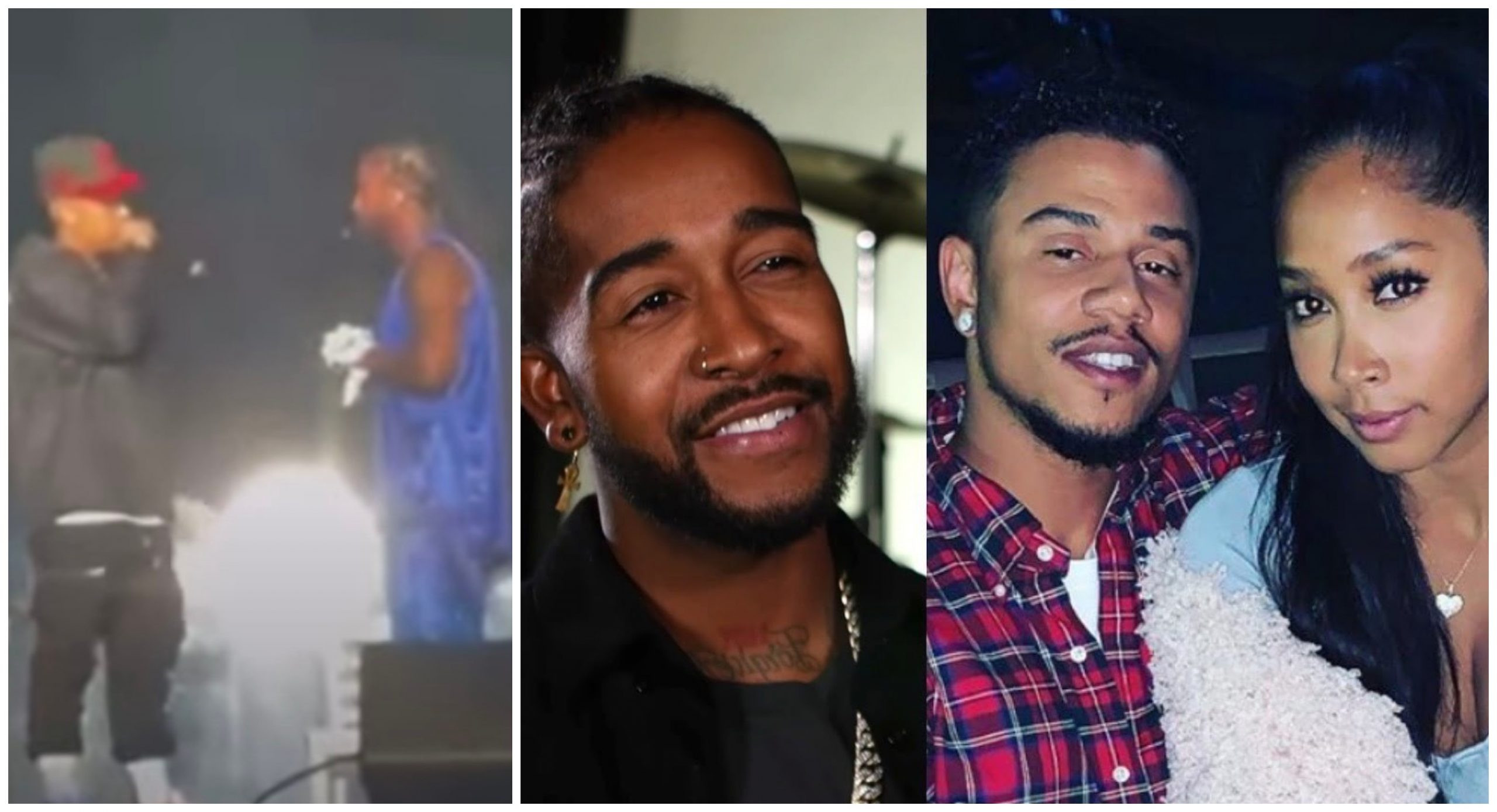 Lil Fizz has apologized to his former band mate, Omarion for dating his baby mama and model Apryl Jones.

In past times, the pair shared a brotherly bond as part of R&B group B2K. They however moved on to sharing a partner, Apryl Jones.

The model/reality star originally dated Omarion and together they had two children. Yet, in a move right out of a soap opera, Fizz began dating Jones after the B2K reunion tour and played out their whole relationship on ‘Love & Hip-Hop.’

Fizz issued the apology during a recent stop on The Millennium Tour, an event featuring Omarion, Bow Wow, Ashanti, Pretty Ricky, Soulja Boy, Lloyd, Ying Yang Twins and Sammie that just picked back up again after being postponed due to the pandemic.

During Omarion’s set, he was joined by former B2K member Lil Fizz, who apologized to O for dating the mother of his children, Apryl Jones.

“So I wanna sit here, humbly, and sincerely apologize to you…for all the disfunction I caused you and your family, bro.”

After the exchange, Omarion looked genuinely touched, giving his longtime friend and bandmate a big hug before stopping him from going off stage to perform another song.

Throughout Lil Fizz’s relationship with Apryl, fans couldn’t get over the fact that someone would do that to their friend, but Omarion always remained unbothered.

“I think that if they’re happy, then they should be happy. I think they should change the narrative, though.”

In the end, Jones and Fizz ended up calling it quits just a few months after going public, with the pair saying they wanted to focus on parenting their children from their previous relationships.

While the pair are no longer dating Jones, she has since been linked to Dr Dre. Jones has repeatedly claimed things between her and Omarion aren’t going well.

Back in August, the reality star went on Instagram Live and revealed that the singer is STILL serving her with papers often, all these years after their relationship. Apryl never clarified what exactly is being served, but she did explain that she is “tired” and would preferably “like for it to stop.”

#BBNaija: General Pere left in deep thought after denying his feelings for Maria and was snubbed by her during Saturday party (Video)