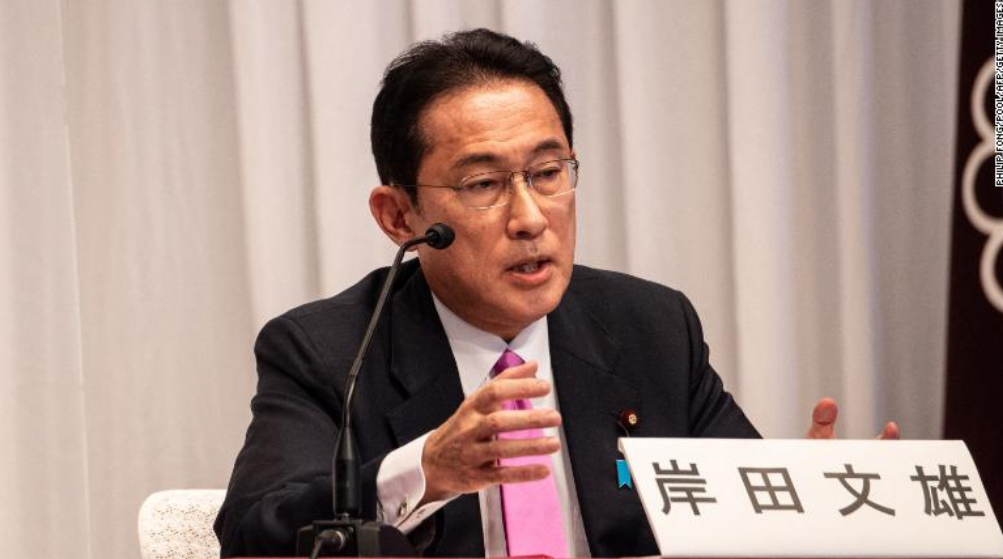 Fumio Kishida has taken over as Japan’s new Prime Minister on Monday, October 4.

A moderate liberal, Kishida inherits a Japan that has suffered surging Covid-19 infections, a stagnating economy, a rapidly aging population and increasing tensions with China.
Kishida served as the country’s foreign minister from 2012 to 2017 under Abe, Japan’s longest-serving Prime Minister.

He succeeds outgoing Prime Minister Yoshihide Suga, who announced earlier this month he would not run in his party’s leadership election

Kishida’s new Cabinet is made up of 20 members, 13 have no previous Cabinet experience, while three are women and the average age is 61.

Kishida has promised a “new capitalism” that includes narrowing the income gap and boosting consumer spending. He said the eponymous economic policies of Abe — known as “Abenomics” — failed to “trickle down” from the rich to the poor.

Kishida will also take on the country’s coronavirus response. Japan has vaccinated 60% of its population against Covid-19, and last week the country lifted its state of emergency amid a drop in infections.