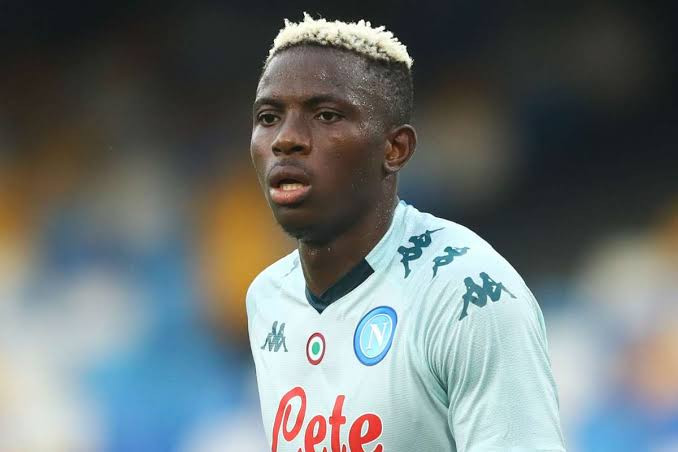 ‘Make your kids, parents understand how disgusting it is to hate skin colour’

Super Eagles of Nigeria and Napoli of Italy striker, Victor Osimhen has advised fans to teach their parents and children to have respect for all and avoid racial discrimination.

The Edo born striker, as well as Senegal’s Kalidou Koulibaly and Andre-Frank Zambo Anguissa of Cameroon, were racially abused in Napoli’s 2-1 win away to Fiorentina at Artemio Franchi Stadium on Saturday, October 2.

Despite the positive result, the match did not end well for Osimhen as he was abused, and he has now spoken on the matter, asking fans on Twitter to help in the fight against racism.

“Speak to your kids, your parents; make them understand how disgusting it is to hate an individual because of the colour of their skin. No to racism,” the striker urged on Twitter.

The 22-year-old has been in good form, scoring seven goals in his last six matches in all competitions and is the highest goal scorer in the Serie A at the moment.