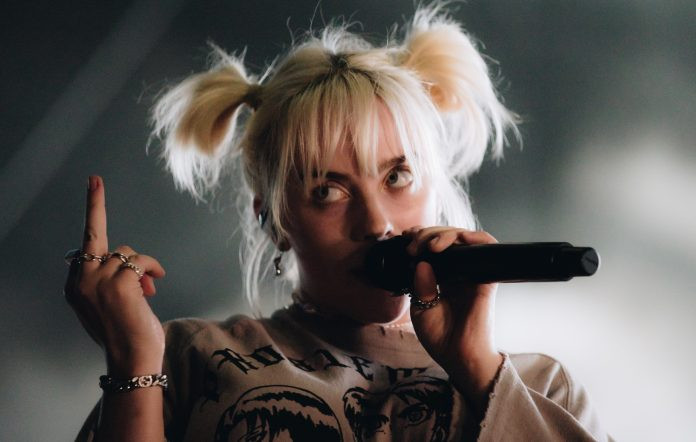 Billie Eilish slammed Texas abortion laws during her performance at the Austin City Limits Music Festival over the weekend. The 19-year-old singer criticised the state’s law that bans abortions when foetal cardiac activity is detected long before many women are even aware that they’re pregnant. At one point during the show, Eilish admitted: “When they made that shit a law, I almost didn’t want to do the show because I wanted to punish this fucking place for allowing that to happen here. “But then I remembered that it’s you guys that are the fuckin’ victims, and you deserve everything in the world,” she continued. “And we need to tell them to shut the fuck up.” She then raised her middle finger, encouraging the crowd to do so too, while proclaiming “my body, my fucking choice!”. The legislation prohibits abortion providers from performing a termination if they can detect foetal heart tones until six weeks, long before many women even know that they are pregnant. The law, which came into effect on September 1, 2021, allows exceptions for medical emergencies only. The law also means that citizens have the right to sue abortion providers and anyone who ‘aids and abets’ a woman to get an abortion, including an Uber driver who drives them to the clinic or a friend/family member who gives them financial aid to undergo the procedure. Last month, the “Happier Than Ever” singer wrote on Instagram Stories that she really wished that men “cared more” about reproductive rights. “Makes me sick how many men say nothing when it comes to women’s rights,” she wrote in addition to reposting an image reading: “If you and your ‘homies’ or bros’ aren’t talking about the abortion laws in Texas, chances are you’re part of a problem.” The implementation of the abortion law prohibits providers from performing an abortion if they can detect foetal heart tones, something the ban describes as “cardiac activity or the steady and repetitive rhythmic contraction of the foetal heart within the gestational sac”.The post ‘My body, my f*****g choice!’ – Billie Eilish slams abortion laws during Texas concert appeared first on Linda Ikeji Blog.

Boko Haram allegedly takes over Niger state communities, tells residents to marry off their daughters at the age of 12