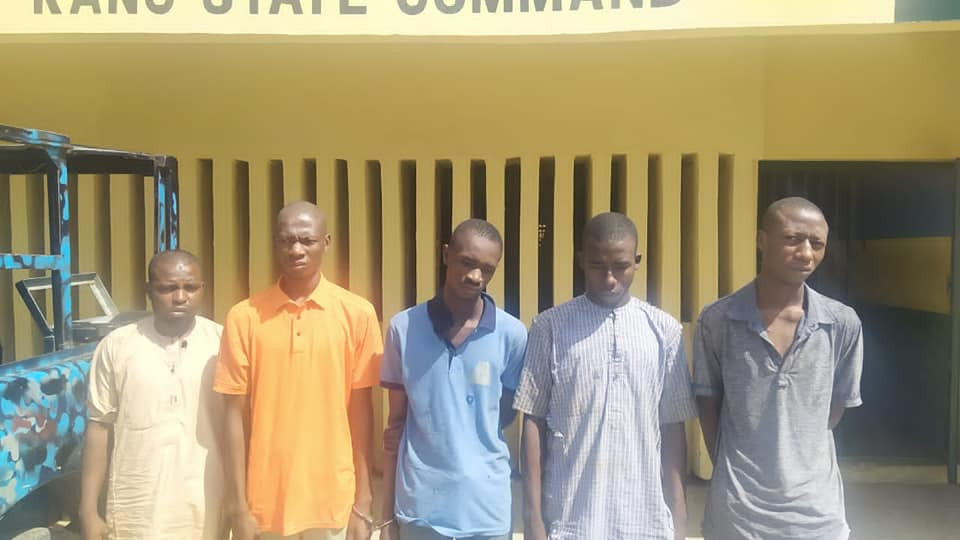 The Kano State Police Command has arrested a 21-year-old man, Abdullahi Musa, who led a gang of armed robbers to attack and rob his neighbour in Yamadawa Quarters area of the state.

Spokesperson of the command, DSP Abdullahi Haruna Kiyawa, who disclosed this in a statement on Tuesday, October 5, said Musa and two members of his syndicate were among 51 suspected notorious armed robbers and drug dealers arrested recently.

The PPRO said Musa confessed that he spearheaded the armed robbery attack and also led operatives to the arrest of two receivers of the robbed properties.

“On the 12/04/2021 at about 0500hrs, a report was received from a resident of Janbulo Yamadawa Quarters Kano, that Armed Robbers numbering about 4 trespassed into his residence, through the fence, broke the door of his room, stabbed him with machete on his hand and knife on his chest,” he stated.

“On receipt of the report, the victim was immediately rushed to Murtala Mohammed Specialist Hospital Kano, where he was admitted and the Commissioner of Police, Kano State Command, CP Sama’ila Shu’aibu Dikko, fsi raised and instructed a team of Policemen led by SP Bashir Musa Gwadabe to arrest the culprits. The team immediately swung in to action.

“After the arrest of the 51 suspected notorious armed robbers and drug dealers, the victim identified one Abdullahi Musa, ‘m’, 21 years old of same address with the victim

“On investigation, suspect confessed that he spearheaded the armed robbery, and also led the operatives to the arrest of two members of his syndicate, (i) Umar Suleman, ‘m’, 20 years old (ii) Suleman Mustapha, ‘m’, 22 years old, all of same address with the complainant and two receivers of the robbed properties; (i) Musa Sunusi, ‘m’, 26 years old of Dorayi Quarters, Kano, (ii) Garba Mohd, ‘m’, 32 years old, of Maidile Quarters Kano.

On discrete investigation, one of the receivers of the robbed properties, Garba Mohd further confessed that, he transported about One Hundred Mobile phones to Niger republic

“Similarly, Musa Sunusi confessed to have bought Nine (9) Mobile Phones from the armed robbers. All suspects confessed to their offences and will be charged to court on completion of investigation.” he concluded.