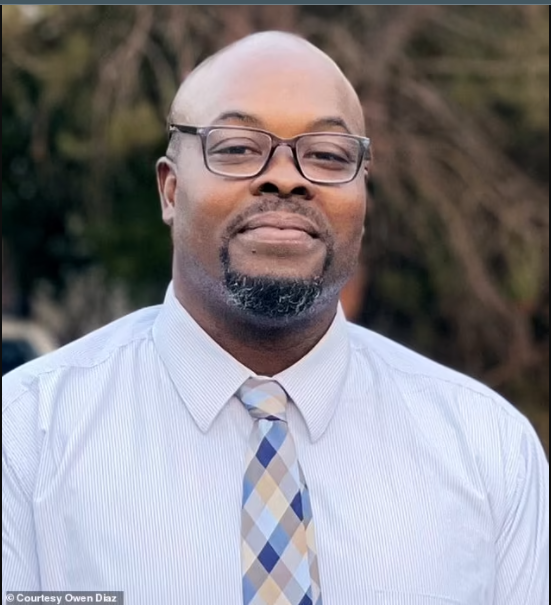 Black ex-Tesla worker who claims he was racially abused every day, is awarded $137million payout

A black ex-Tesla worker who claims he was racially abused every day at the electric carmaker´s San Francisco Bay Area factory in California has been awarded nearly $137 million payout.

The jury in San Francisco agreed that Owen Diaz was subjected to racial harassment and a hostile work environment.

Diaz’s lawsuit described the Fremont, California, plant, as a ‘hotbed of racist behavior’ where he was subjected to daily racist abuse including the N-word, over a course of 11 months from 2015 to 2016.

The 52-year-old contracted elevator operator claimed fellow employees drew swastikas and left racist graffiti around the plant, while he said one of his supervisors drew a person with a black face and a bone in his hair and wrote ‘booo,’ short for ‘jigaboo.’ The supervisor then allegedly told him ‘he couldn’t take a joke’ when Diaz confronted him. Diaz contended that none of his supervisors stepped in to stop the abuse.

It’s the second time this year a black former employee has won a payout from Tesla in a discrimination suit.

‘Tesla´s progressive image was a façade papering over its regressive, demeaning treatment of African-American employees,’ the lawsuit said.

Diaz was awarded $6.9million in damages for emotional distress and $130 million in punitive damages, his attorney, Lawrence A. Organ, told the Washington Post.

‘It took four long years to get to this point,’ Diaz told the New York Times. ‘It´s like a big weight has been pulled off my shoulders.’

‘It´s a great thing when one of the richest corporations in America has to have a reckoning of the abhorrent conditions at its factory for Black people,’ Organ, of the California Civil Rights Law Group, told the Times.

It wasn´t immediately clear whether Tesla would appeal the decision.

However, Tesla previously denied any knowledge of the alleged racist conduct at the plant, which has about 10,000 workers.

If upheld, the award would be a blow to a company that has been subject to various allegations of workplace problems but requires employees to resolve disputes through mandatory arbitration, which the firm has rarely lost, Mail Online reports.

Diaz, who was contracted through a staffing agency, didn´t have to sign an arbitration agreement.

Ugandan man buys drinks for Kenyan lady, invites her to his home and kills her