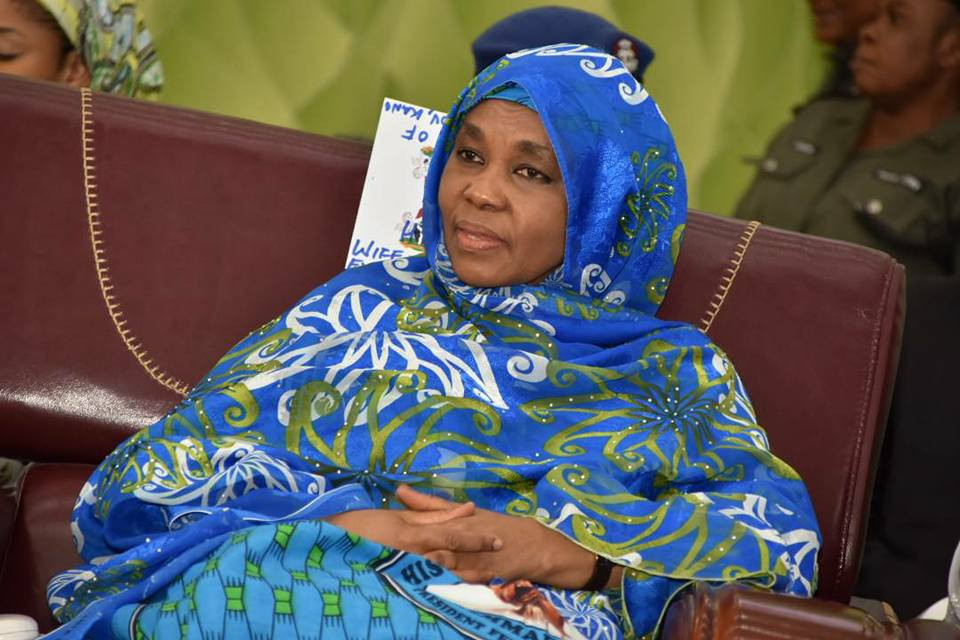 Hafsat Ganduje, the wife of Kano state Governor, Abdullahi Ganduje, has been released by the Economic and Financial Crimes Commission (EFCC).
?

Guardian reports that Ganduje who was compelled to report herself to EFCC headquarters in Abuja on Sunday was quizzed for more than five hours for her alleged involvement in a land scandal.? Hafsat had earlier ignored the EFCC’s invitation following the petition filed against her by first son Abdulzeez Ganduje.?

?
The governor’s wife, who was drilled over alleged illegal hijack of land property worth billions of naira, was granted an administrative bill under the influence of her husband.?

?
Governor Ganduje, who accompanied his wife to the EFCC headquarters, was said to have helped to secure her release.?

?
The Governor and his wife returned to Kano through Mallam Aminu Kano International Airport, Kano on Tuesday morning October 5.?

?
Abdulzeez had dragged his mother Hafsat Ganduje to the EFCC, over a property which he claims the mother used to enrich herself.?
?