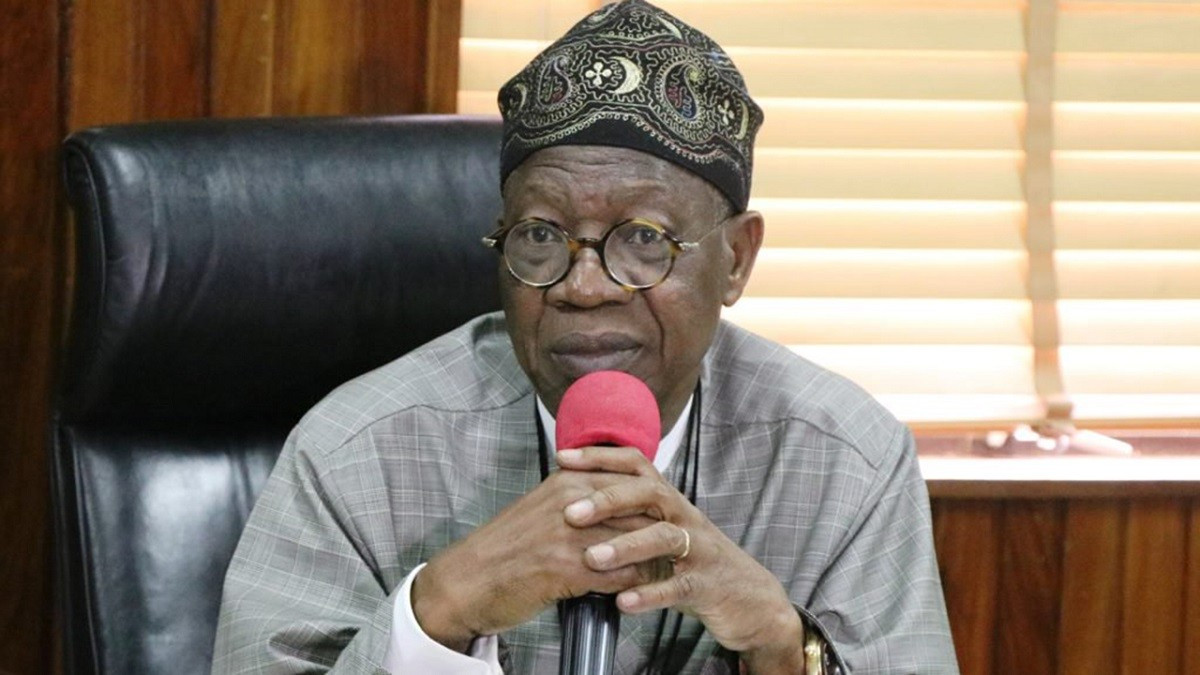 Minister of Information and Culture, Lai Mohammed has countered claims of the federal government treating bandits with kid gloves.

In an interview on Nigeria Television Authority, the Minister stressed that a criminal is a criminal and the claim is a divisive rhetoric being promoted by some naysayers.

“I think we have been dancing around nomenclature, a criminal is a criminal whether it is a bandit or terrorist and the same measure is being meted out to them.

“That is why we find it ridiculous, the accusation that the federal government is softer on bandits than the separatists and other criminals. This is a fallacy, fake news and misinformation all into one, and this is the kind of divisive rhetoric being promoted by some naysayers.”

Maintaining that it will be senseless for the military to treat bandits who are killing soldiers and policemen with kid-gloves, Mohammed stated that the land and air operations conducted by the military would not allow for any distinction between bandits and other criminals.

Noting that the new strategy employed by Governors against banditry is yielding results, he added that governors had learnt from the mistakes of the past and had resolved that they would not negotiate with bandits but to go after them and not spare them.

According to Mohammed, suspension of mobile telecommunication networks in certain areas, ban on the sale of petroleum products in jerry cans at filling stations around the land borders and ban on the sale of fairly used motorcycles in some markets and restriction on the use of “junction motor parks” are yielding results.

Teacher, 31, accused of having sex with student, 14, in her car after her nude photos were found on his phone