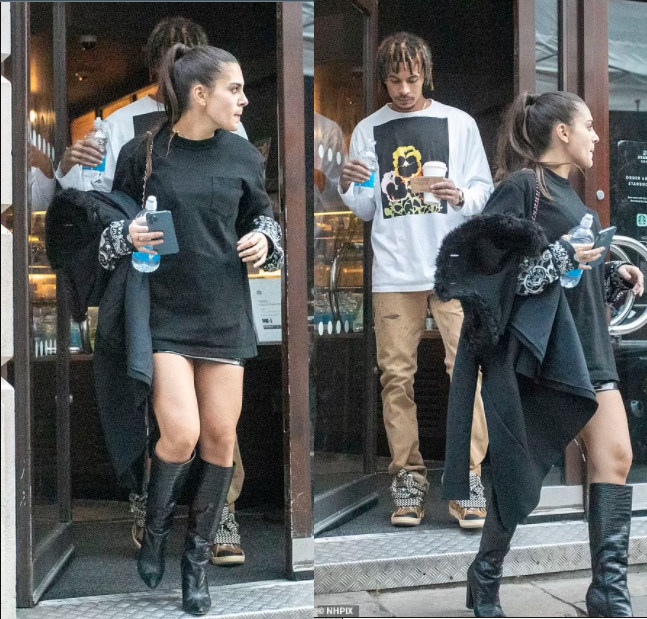 Footballer Dele Alli has continued to spark relationship rumors with Pep Guardiola’s daughter  after they were spotted on a lunch and coffee date in exclusive Mayfair.

The Spurs midfielder, 25, was seen kissing Maria, 20, at a London rooftop bar in May and they still appear to be going strong.

The Manchester City coach’s daughter led the way as she and Dele carried takeaway coffees at a Starbucks in central London, after leaving the nearby Novikov Restaurant and Bar in Berkeley Street.

The pair got into a waiting car and were swept away, a witness said. The hints of romance also adds spice to the rivalry between Manchester City and Tottenham Hotspur.

Their closeness emerged months after Dele was left ‘gutted’ over his split from his model girlfriend of five years, Ruby Mae, in February.