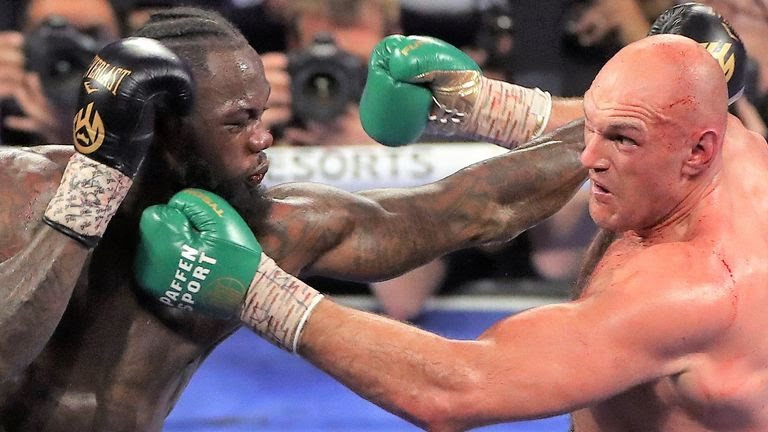 The 33-year-old undefeated boxer holds an undefeated record in the heavyweight division and most recently beat Wilder by TKO in February 2020.

Fury became a world champion for the first time in December 2015 when he beat Wladimir Klitschko and has not lost since, despite drawing against Wilder in their first meeting in 2018.

Now, ahead of the blockbuster fight which will determine the king of the heavyweight division, especially as Anthony Joshua lost to Oleksandr Usyk last month, Fury has now stated that he won’t be bothered if his fight with Wilder is his last.

‘Listen I could walk away today and never look at boxing again and I’ve done what I’ve done and it can never be taken away,’ Fury told BBC Radio 5 Live’s Boxing podcast.

‘People would always remember the enigmatic Tyson Fury, the crazy man who fought everybody. Wasn’t bothered about nobody. Even the biggest punchers in our generation didn’t faze him. Went across the pond, fought Klitschko in Germany.

‘No-one can say anything about me other than I did what I did and that’s it and be proud of it.’

Fury added that he doesn’t need any more of the financial gain from boxing, simply describing himself as a ‘normal person who happens to be very good at boxing.’

‘You could live my lifestyle if you had 10 grand. You don’t need to be rich to live how I live. I just live a normal lifestyle, I’m just a normal person who happens to be very good at boxing and a very special chosen person.’