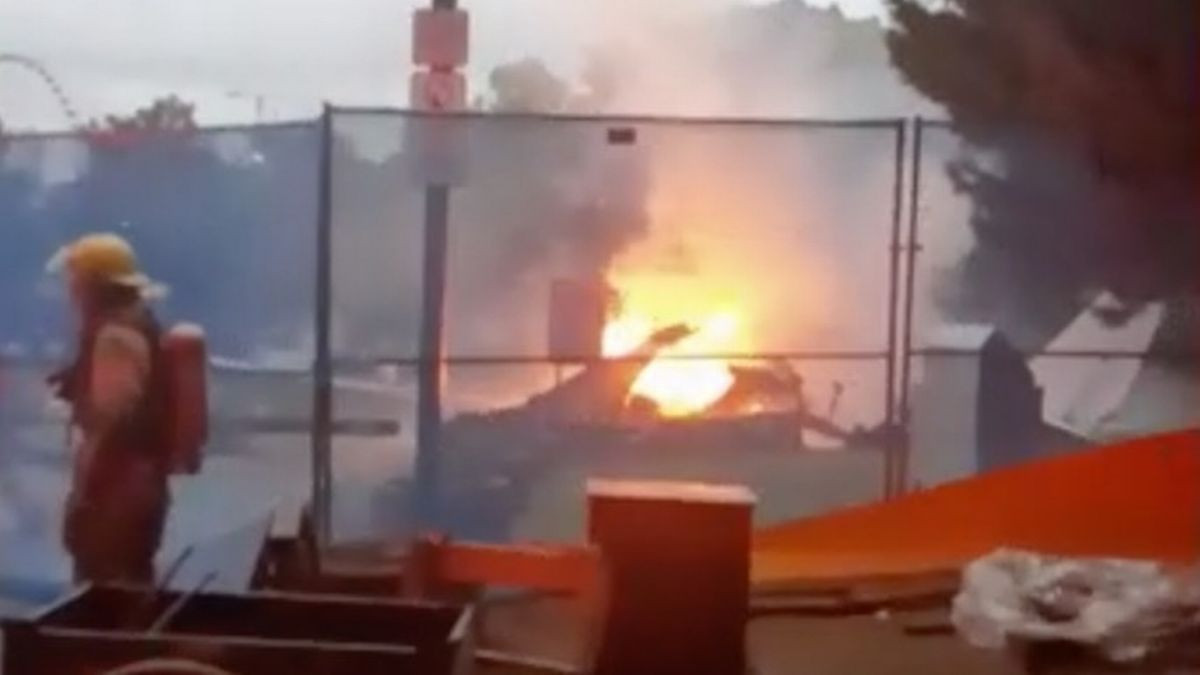 A passenger has been confirmed dead after a small plane carrying a “Will You Marry Me?” banner crashed onto an island.

Pilot of the plane, a 1974 Cessna 172, was reportedly injured after it crashed in Parc Dieppe in the Canadian city of Monteal around 6pm on Saturday October 2, not far from where a music festival was taking place.

Videos shared online showed the plane engulfed in a great ball of fire moments after crashing as emergency services rushed to the scene. Police were seen taping off nearby streets and patrolling the St. Lawrence River nearby where the marriage proposal sign had fallen.

The pilot has been identified as Gian Piero Ciambella, owner of an aerial advertising agency Aerogram.The passenger who died has not been publicly identified.

CTV News reported that the plane took off from St-Mathieu-de-Laprairie Airport at 5.46pm, with evidence suggesting that when the plane touched the ground, it bounced and spun before coming to a rest.

”It seemed like the normal height that a plane like that would fly when it has a banner.

“We struggled to read what the banner said… It said ‘Will you marry me.”

Though the cause of the crash has not been determined, Canadian press reported that authorities received reports of engine trouble on the Cessna 172 aircraft. The plane engine has been sent to Ottawa for examination.

“We are looking to speak to the pilot when possible.

“We haven’t ruled out anything yet. We need to take a close look at everything.”

While the ‘will you marry me banner’ has not yet been found, it was gathered that Mr Ciambella made headlines in 2016 when he made an emergency landing on Parc Avenue in front of Jeanne-Mance Park after his engine stalled.

CBC News reported that the accident which resulted in no injuries, earned him the Robert-Piché award for achieving a life-saving “extraordinary piloting feat”.