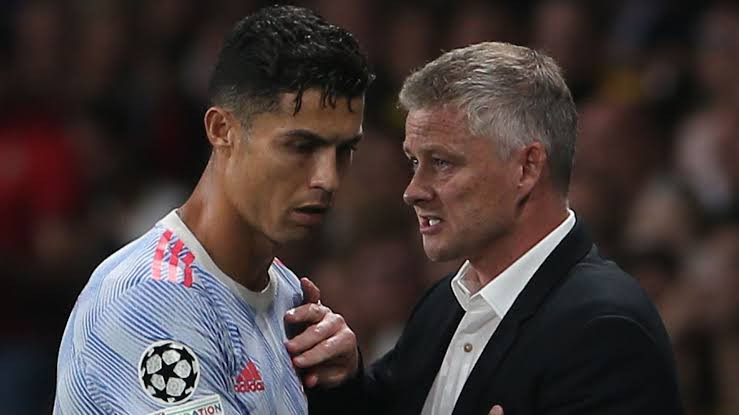 Solksjaer is coming under intense pressure after an indifferent start to the season, which has seen United lose three times in all competitions already, and even though Ronaldo has started well at United, the team look disjointed with no apparent game plan or tactical style of play.

Despite spending almost half a billion pounds in transfers since taking charge two-and-a-half years ago, Solskjaer has struggled this season with his tactics and strategy despite signing Jadon Sancho, Raphael Varane, plus the celebrated return of Ronaldo, this summer.

His decision to rest the Portugal captain during the 1-1 draw against Everton on Saturday afternoon has led to public outcry for his sack.

Ronaldo played just 33 minutes of action as he came off the bench against Everton, and appeared to be very angry as he stormed off the pitch at full-time.

Now, Simon Jordan believes the continued criticism of Solskjaer will only result in the Old Trafford legend’s demise as manager.

He said: “If you’ve got a manager who is being superseded by a player, the manager needs to be the biggest personality, the biggest image in people’s minds.

“We all know talent wins games, but ultimately, he needs to be P.T Barnum – not Ronaldo.

“He needs to be the circus master and it is a problem that will be built up and spun up and it will be his undoing.

“The signing of Cristiano Ronaldo will be his undoing, because it will be the narrative, it will be the stick that is used against him every single time that it doesn’t work the way it should do.

“I tell you why I am not surprised; when a player walks off the pitch giving it the big’un because he is not happy about it, rather than towing the line and showing a bit of respect to the manager that has picked him or not picked him.

“All of a sudden, it will be Ronaldo against the manager, or it’ll be about what is happening with Ronaldo.

“The point I made was about Bruno Fernandes. I was more interested in listening to the situation with Bruno Fernandes, talking about the lack of return in these games and the real disappointment he felt.

“Rather than the grinning, gurning Norwegian that’s talking about this young pup and how he knows better than the so-called expert.”