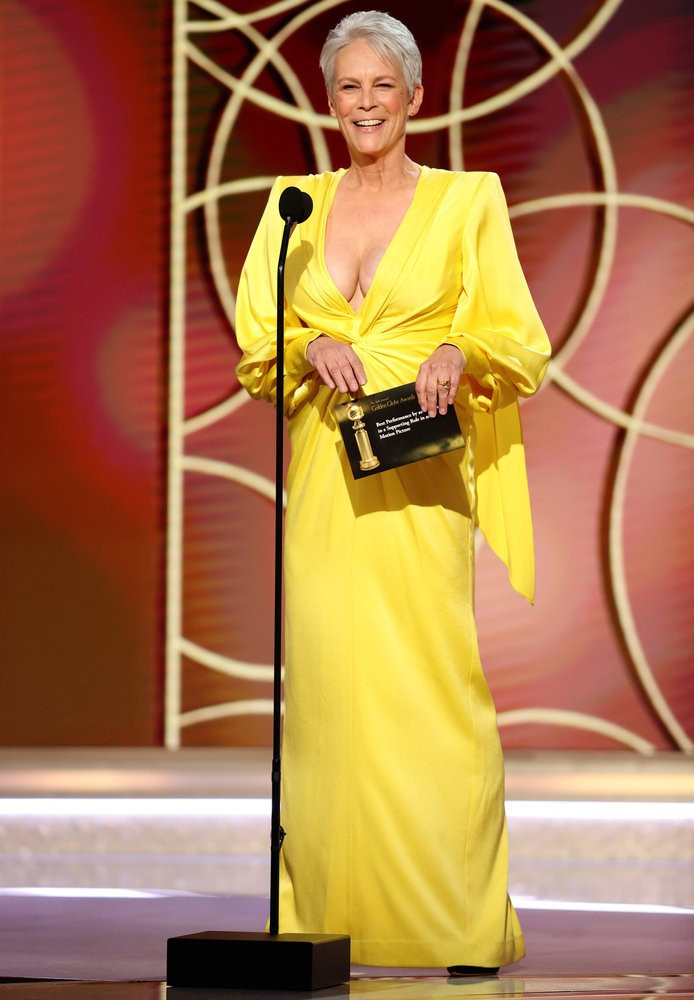 Hollywood actress, Jamie Lee Curtis has raised an alarm of the damage plastic surgery can do and is hoping people will start thinking twice before tweaking their appearance just to suit the current aesthetic fads.

When asked about her industry’s beauty standards in an interview with Fast Company, the actress revealed that she once tried out tried plastic surgery and while it didn’t work, it got her addicted to Vicodin.

Curtis stated that the trend of fillers and obsession with filtering, adjusts our appearance and is also wiping out generations of beauty.

“I tried plastic surgery and it didn’t work. It got me addicted to Vicodin. I’m 22 years sober now.

“The current trend of fillers and procedures, and this obsession with filtering, and the things that we do to adjust our appearance on Zoom are wiping out generations of beauty. Once you mess with your face, you can’t get it back.”

Curtis also said the influence social media has on our self-perception and comparisons to others certainly doesn’t help. She stated that while they play a helpful role in activism, platforms like Instagram, TikTok and Twitter can be “very dangerous” for youths in particular.

“We just don’t know the longitudinal effect, mentally, spiritually, and physically, on a generation of young people who are in agony because of social media, because of the comparisons to others. All of us who are old enough know that it’s all a lie. It’s a real danger to young people.

“I use social media to sell things and amplify things I care about. Period. The rest is cancer. I never read one comment.”

She’s long strived to keep it real in the face of Hollywood’s unattainable beauty standards, famously posing for More magazine in 2002 in just a sports bra and skivvies, sans makeup or retouching.

Young lady reacts to viral video of her saying she screwed her ex’s father; says it’s a mere TikTok video

Actress, Dayo Musa addresses those asking why she is still single