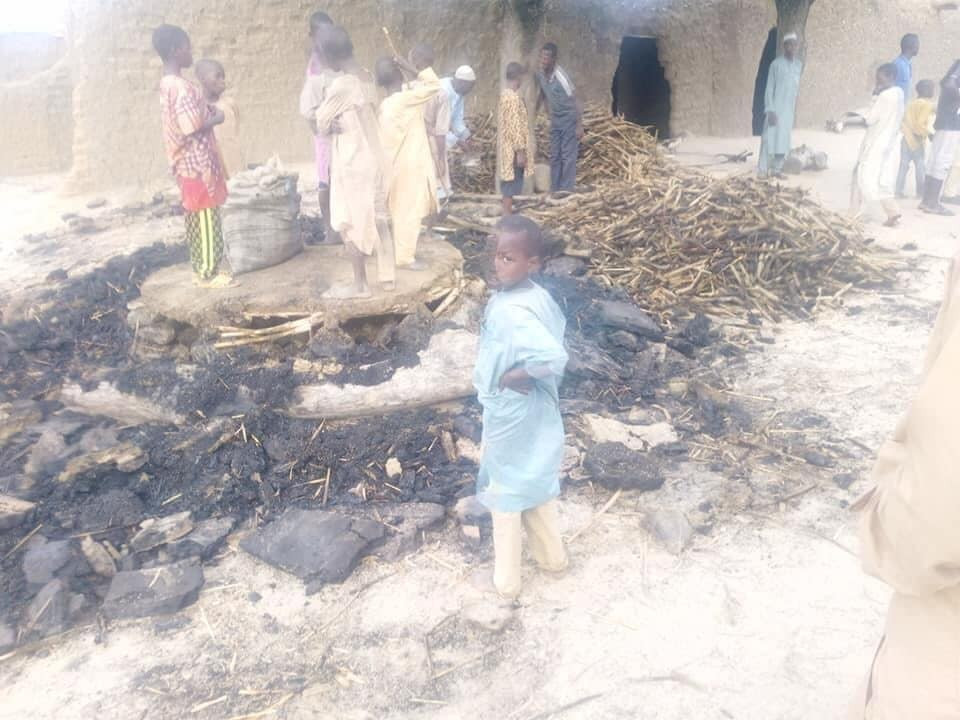 The bandits armed with sophisticated weapons, invaded the village on motorcycles at about 6.30pm on Tuesday, October 5, and opened fire on the worshippers who were observing Magrib prayer.

The gunmen looted several houses in the village and stole money, phones, clothes, foodstuff and other personal items.

The bandits were said to have also rustled several domestic animals after they had set ablaze scores of houses and food barns.

Residents said that the bandits operated for several hours before they left the village because the telecommunication shutdown in the council prevented residents from seeking early assistance from security agencies.

A resident, who pleaded anonymity, told Daily Trust that the attackers came despite the ongoing military and police offensive.

“We have seen the impact of the recent military onslaught against these criminals because their attacks are not as frequent as it used to be but it is still very difficult for farmers to harvest their farm produce,” he said.

He added that many residents who survived the deadly invasion had fled to the headquarters of Batsari Local Government for safety.

Residents said 16 people were killed in the attack, however, spokesman for the Katsina Police Command, SP Gambo Isah, who confirmed the incident, put the figures of the dead at 10.

Isah said that the bandits were on a revenge mission at the village.

“The bandits were on a reprisal attack. Ten people were killed in the incident, while 11 others were injured. Recently, members of Yansakai (outlaw local vigilante) have been going round the community, killing the Fulani and the bandits went there on a revenge mission. It is unfortunate. Any member of Yansakai caught henceforth would be treated as bandits. Yansakai remains outlawed in the state,” Isah added.

The victims were buried on Wednesday morning while those who sustained injuries are being treated in the hospital.