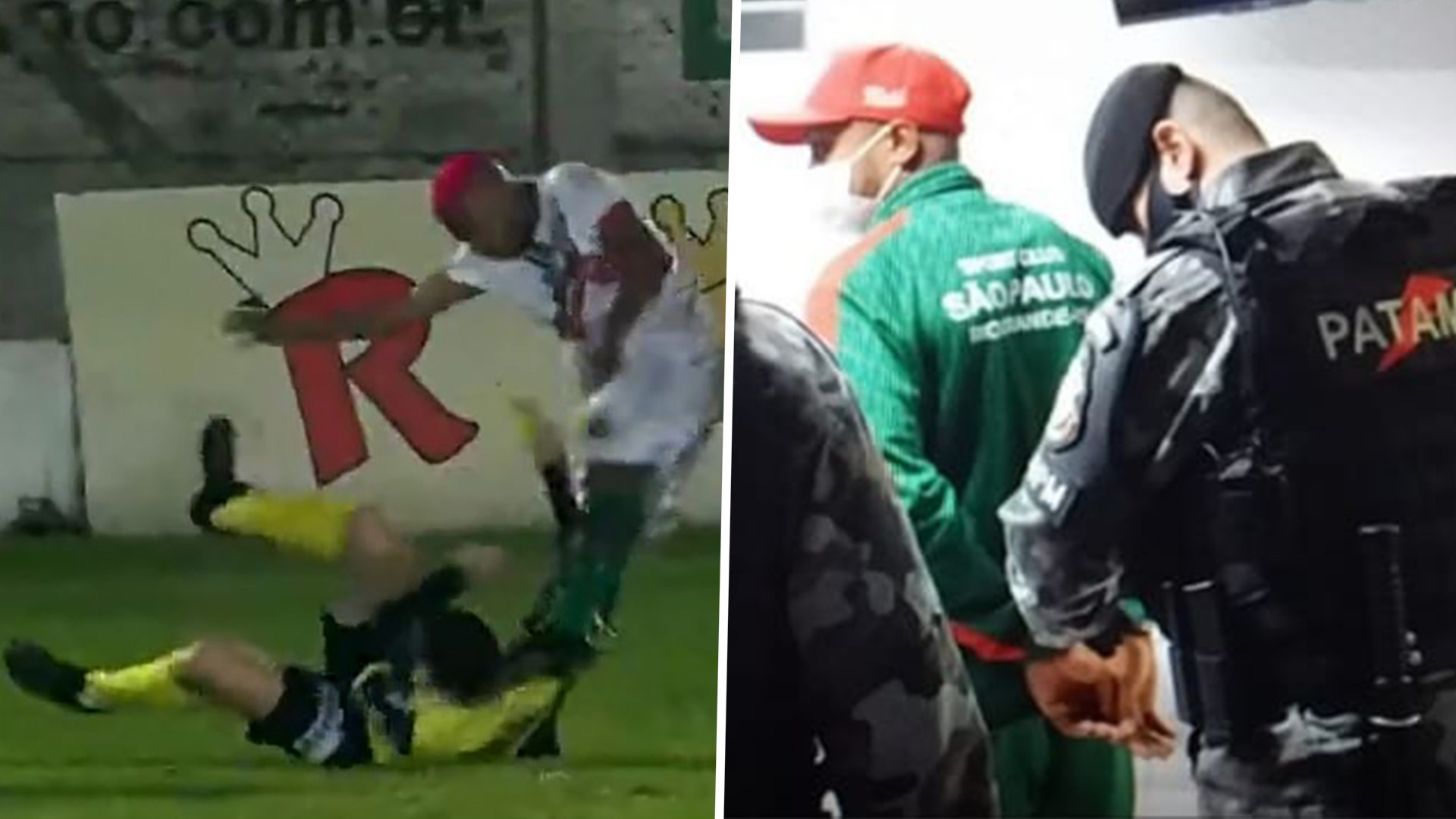 A Braziliian footballer who knocked a referee to the ground and kicked him in the neck during a match in Brazil, is now facing an attempted murder charge.

William Ribeiro was arrested after he deliberately beat Rodrigo Crivellaro 14 minutes into the second half of Monday night’s Campeonato Gaúcho Série A2 league game between Ribeiro’s São Paulo team and Guarani at Edmundo Felix Stadium in Rio Grande do Sul.

The attack took place after Crivellaro had awarded Guarani a free-kick. The official was seen tumbling to the ground as the footballer launched an attack at the helpless ref, before kicking his head.

Crivellaro was taken to Hospital São Sebastião Mártir where he spent the night under observation and was released Tuesday morning October 5.

Venâncio Aires Civil Police Chief Vinicius Lourenço de Assunção told Brazilian news outlet UOL that he booked Ribeiro on an attempted murder charge without bail because it appeared that the footballer had the intention of taking Crivellaro’s life.

Lourenço de Assunção added that it would be up to a court to decide whether Ribeiro would be released from the Venâncio Aires State Penitentiary.

Team president Deivid Goulart Pereira announced after the match that Ribeiro’s contract has been terminated, calling his behavior ‘unfortunate, regrettable and above all revolting.’

‘On the exact day when all the red-green family gathered to celebrate the 113th anniversary of Sao Paulo RS, our club faced one of the saddest episodes of its history,’ Goulart Pereira said in a statement.

‘A fateful scene that shocked all people who love not only Gaucho football but all those who just love the sport in general. The contract with the aggressor athlete is summarily terminated. Furthermore, all possible and legal measures in relation to the incident will be taken.’