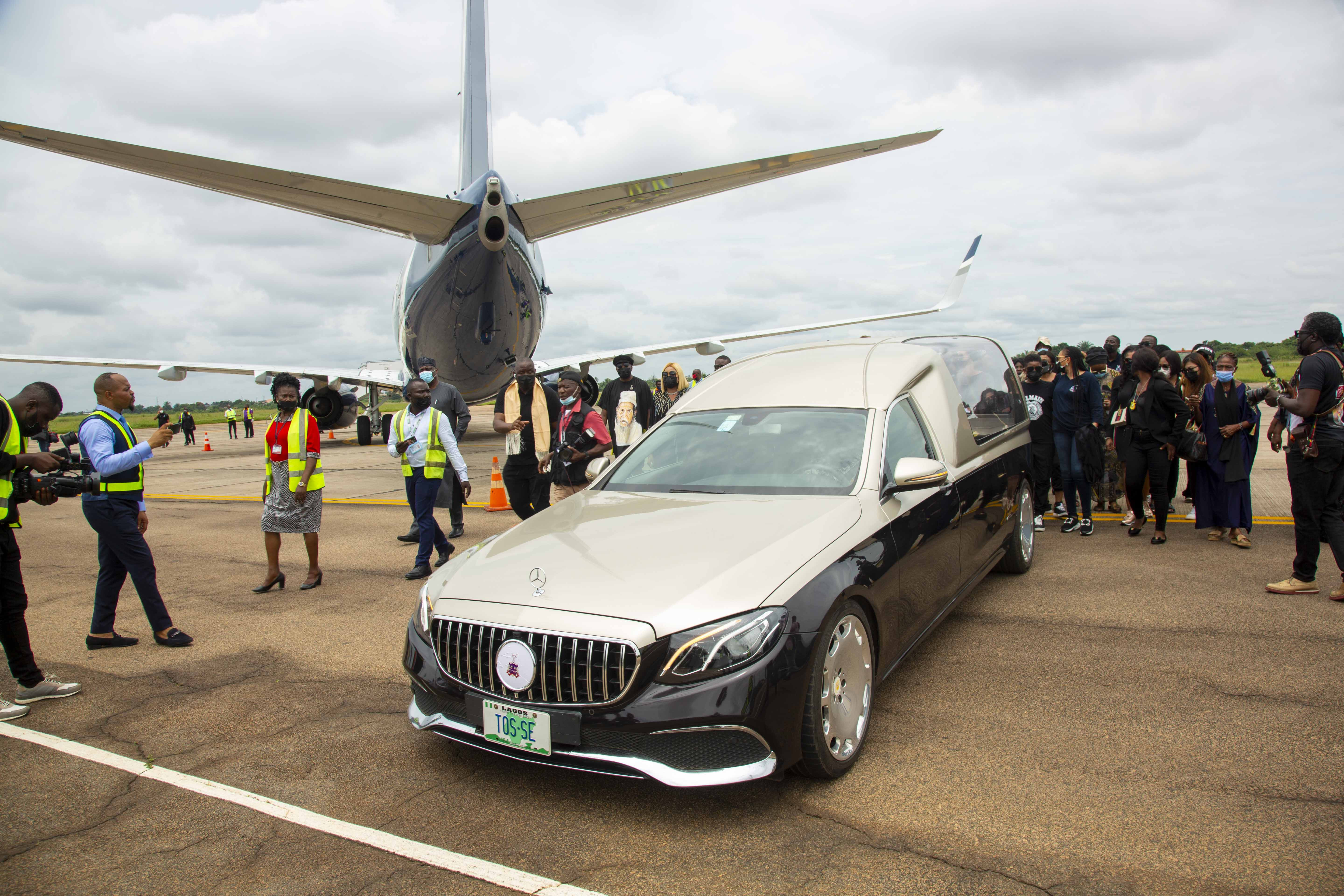 The body of Captain Idahosa Wells Okunbo arrived in Benin City, Edo State, from London today, where he transitioned to glory on Sunday, August 8 2021, aged 63.

The iconic philanthropist is survived by a prosperous family, wife, and twelve children. His memory has been honoured by family, close friends and well-wishers in a five-day celebration that began yesterday, with a Night of Tributes, at his residence in Benin City, Edo State, Nigeria.

The ceremony ensued tonight, with loved ones congregated from across the world. Events are set to hold throughout this week and end with a Thanksgiving Reception on Saturday, October 9 2021.

In attendance to welcome the body at the Benin Airport were his family and loved ones, heralded by Bini locals and cultural troupes who led the parade from the airport to his residence at GRA Benin, to commence and usher in the Night of Tributes set for today.

The Ineh Cultural Troupe on ground to welcome Cappi’s body with the best of Benin traditional songs.

The general public is invited to stream the five-day event by visiting the zoom link. Daily Youtube links are also available via His Official Channel and website  www.captainhosa.com. Tributes have strewn in from across the globe digitally. Yours can become one of them today. Email us at [email protected].