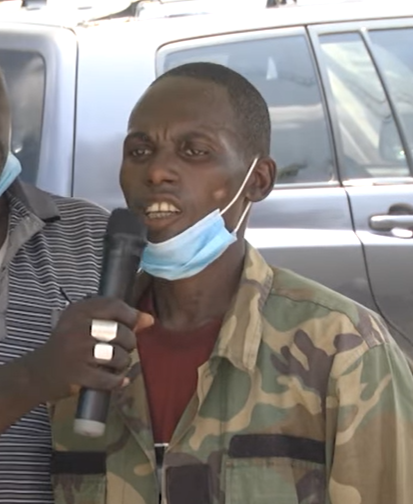 Men of the Nigeria Police Force have arrested a driver for allegedly conspiring with criminal gangs to kidnap the passengers he loaded from a motor park.

Parading the suspect before newsmen, the spokesperson of the Nigeria Police Force, Frank Mba, said the suspect, who “delivers” innocent citizens to kidnappers, operates on the major highways in the North East and North West in contact with multiple kidnapping gangs.

“What he does is that sometimes, he goes to the motor park, present his vehicle and pretends to be an innocent hardworking transporter.

He will patiently wait for passengers to board his vehicle and once he has enough of these passengers, he moves from the park.

He establishes communication with members of other kidnapping gangs and bandits along his way and once he gets to a comfortable area, these gang members will intercept his vehicle and kidnap all his passengers,” he said.

Mba said the suspect was among the 34 suspects, consisting of 32 males and two females arrested by the police over various criminal offenses.

According to the police spokesperson, two AK47 rifles, one pump action, two dean guns, three revolver pistols, and four berretta pistols with their accompany magazines were recovered from the suspects. He added that other exhibits recovered were a total of 389 live ammunition of AK47, 30 pieces of type 06 ammunition, five tear gas canastas, 11 grenade and two units of anti-tracking devices.

Mba said the anti-tracking device had the capacity to effectively block all forms of wireless communication transmission in a stolen vehicle. According to him, the equipment has the capacity to block cellular networks, satellite phones, blue tooth, and all kinds of communication between a stolen car and tracking companies or network providers.

Watch a video of the suspect being paraded below