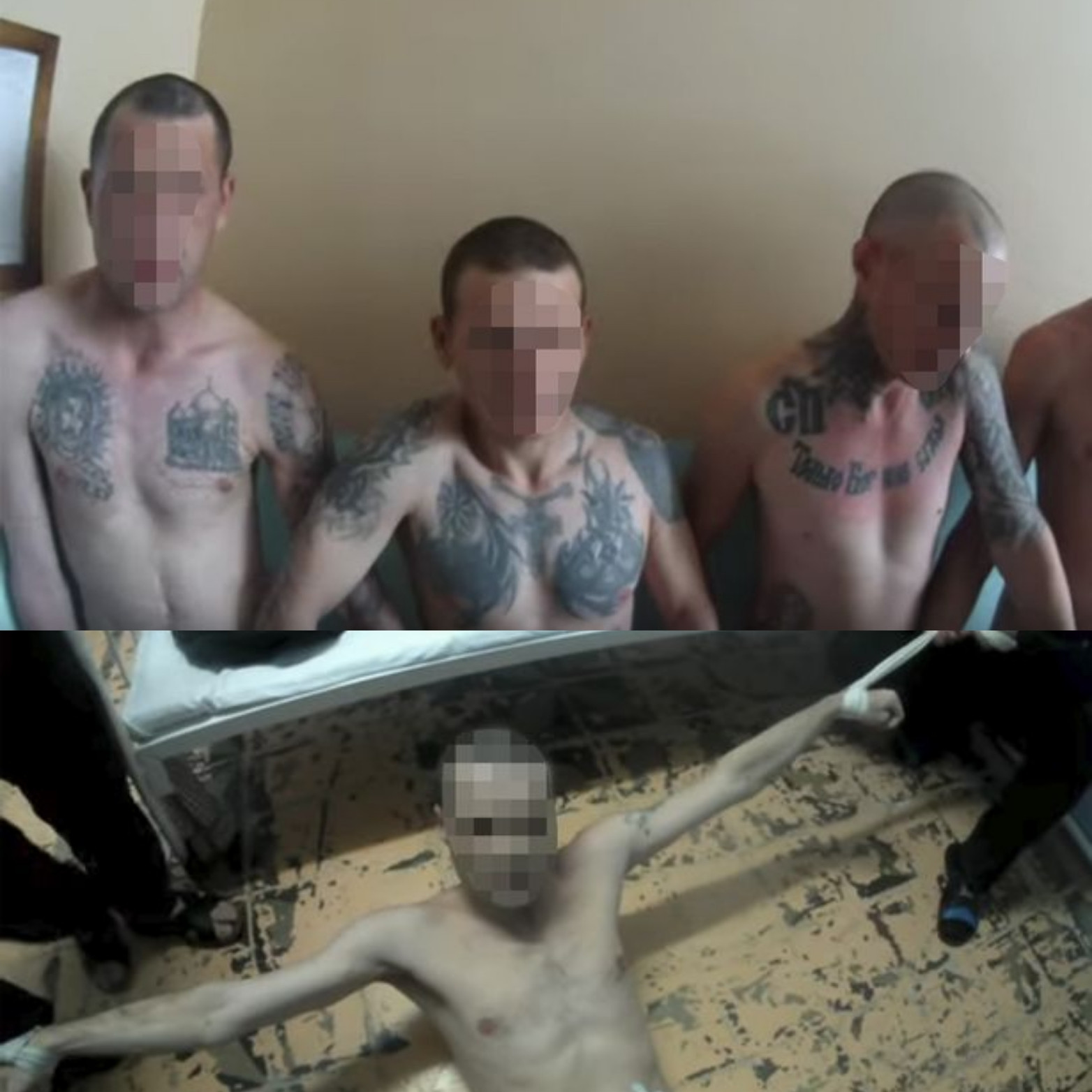 Horrific footage of inmates in Russian prisons being tortured and raped has been released in what’s been dubbed a “mega-leak”.

Anti-torture website Gulagu.Net, which has been banned in Russia, published 40GB of video materials which implicate the FSB security service – once headed by Vladimir Putin – and the country’s FSIN prison authorities.

The images are described as a “torture conveyor belt” where it is alleged rapists are used in order to help “break” male inmates.

In one video a man is screaming in pain as he is tied to a bed and raped with a mop handle at a tuberculosis hospital in a Saratov jail in February 2020, it is alleged.

Guards tortured prisoners who were then forced to torture other inmates such as urinating on them, it is alleged.

The horrific video materials reportedly comes from jails in six Russian regions and will now be passed to the United Nations and Council of Europe for investigation.

The material was leaked by a Belarussian programmer jailed in Saratov who was used by the authorities to collate their sickening collection of torture videos filmed on prison issue camcorders, says Gulagu.Net.

The programmer – now released and seeking political asylum in the West – copied the material and carried it out of Russia, it is claimed.

Vladimir Osechkin, who runs Gulagu.Net, said It was “the first time that human rights defenders have obtained such a colossal amount of information proving the systemic nature of torture in Russia”.

Osechkin alleges they have evidence that 200 inmates have been tortured and raped by FSB and FSIN agents in Russian penitentiaries with 40 depicted on videos.

The prison service leadership had launched an investigation into the videos.

Putin’s spokesman Dmitry Peskov said: “If the authenticity of these materials is confirmed, then, of course, this is a reason for a serious probe.

“But first it’s necessary to quickly but calmly sort this out and establish (their) authenticity.”

Colonel Alexei Fedotov, 55, head of the FSIN’s Saratov service, resigned on Tuesday amidst the scandal.

But Osechkin, based in France, said: “The Russian authorities are being hypocritical and are doing everything they can to distance themselves from this torture conveyor belt (which) was created by FSIN and FSB generals – and was used to suppress the will of convicts.”

The videos “prove” that FSB and FSIN operatives use rape and other torture to force the cooperation and compliance of inmates, he said.

They “themselves become part of the torture machine” by snitching on other inmates or by signing false testimonies prepared by investigators, said RFE/RL’s Russian Service.

“This is an unprecedented leak that will send shockwaves across the country. In total we have over 40 gigabytes of files showing widespread torture,” Osechkin told The Moscow Times.

“We are planning to release batches of the videos step by step in the coming weeks now that the source is out of the reach of the Russian authorities.”

The IT programmer who leaked the material was “beaten and tortured himself” before he was deployed as a “professional” to file the collection of abusive videos from several regions, it was claimed.

He exacted his revenge by copying the collection and taking it out of Russia.

Comedy Video: The Cute Abiola – Who Is Wizkid?