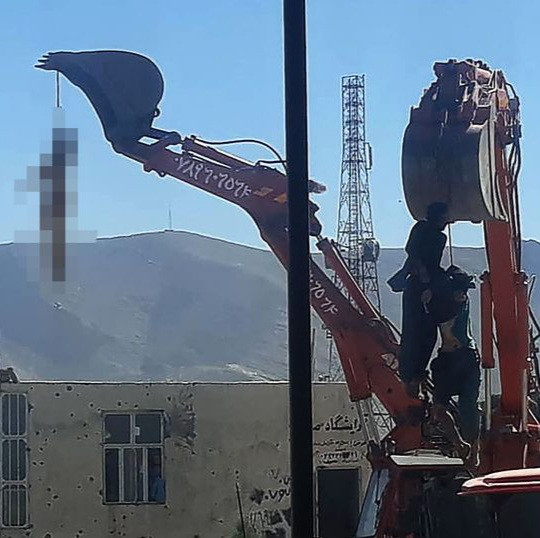 Three men were killed for allegedly invading a man’s home and their bodies were hoisted into the air by diggers in Afghanistan.

The three men were shot for trying to enter a home in the Obe district of Herat province, according to Herat deputy governor Mawlawi Shir Ahmad Muhajir.

After they were shot, Taliban forces attached the bodies to a digger and hung for all to see as a deterrent for their crimes.

The graphic images were shared on social media after locals took photographs of the horrific scenes.

Despite the Taliban insisting they have changed from the punishments in the past, there is concern they have returned to the ways seen during their first reign in charge during 1996 to 2001.

According to Amnesty International, the 13 killings took place in the village of Kahor in Daykundi and included a 17-year-old girl.