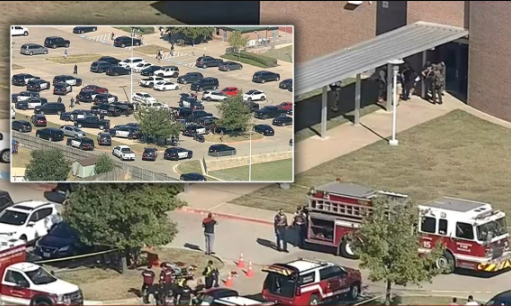 A high school in the Dallas-Fort Worth area has been placed on lockdown amid reports of an active shooter situation.

A person with a weapon is believed to have been on the campus of Timberview High School, in the 7000 block of South Watson Road in Arlington. The school is in the Mansfield Independent School District.

Mansfield ISD confirmed in a letter to parents that police are investigating an active shooter situation at the high school.

The letter added that students and staff were locked in their classrooms and offices and that no visitors were being permitted.

NBC 5 crews have seen officers with long guns running from the parking lot into the school.

The district asked parents to go to the Center for Performing Arts at 1110 West Debbie Lane. Mansfield ISD will transport students from the high school to this location.

The Texas Department of Transportation said drivers should expect delays on State Highway 360 near Debbie Lane.

This is not scriptural – Clergyman, Laurie Idahosa tells parents who name their child after another child they lost