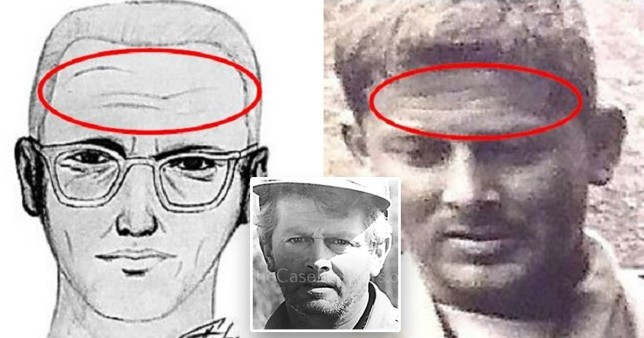 An independent group of cold-case investigators have said that they have uncovered the identity of a man known as the Zodiac Killer.

The team known as the Case Breakers, said the discovery was made after uncovering new physical and forensic evidence and gathering information from eyewitnesses.

Five murders that occurred in 1968 and 1969 in the San Francisco area have been confirmed to be connected to the Zodiac Killer. The killer taunted authorities with coded messages in letters sent to newspapers and law enforcement.

The Zodiac originated the name himself in a series of taunting letters and cards that he mailed to regional newspapers, threatening killing sprees and bombings if they were not printed. Some of these letters included cryptograms, or ciphers, in which the killer claimed that he was collecting his victims as slaves for the afterlife. Of the four ciphers he produced, the latter two remain unsolved to this day – the first was cracked in 1969, the second in 2020.

In chronological order, the known attacks took place in Benicia, Vallejo, unincorporated Napa County, and the city of San Francisco proper. He targeted young couples, with two of the men surviving attempted murder; he also killed a lone male cab driver. The Zodiac himself once claimed to have murdered 37 victims, and he has been linked to several other cold cases, some in Southern California or outside the state.

Over the years, potential suspects have been investigated, but the Zodiac’s identity has never been revealed.

However presenting its findings, the group said they believe Gary Francis Poste, who died in 2018, was the Zodiac Killer based on evidence collected over several years. The group additionally claims that a 1966 murder in Southern California was also the work of the Zodiac, they said in a press release.

Some of the evidence includes photographic proof taken from Poste’s darkroom. The team alleges photos of Poste bearing scars on his forehead irrefutably match sketch depictions of the Zodiac featuring the same markings on his forehead.

They also believe he was responsible for a sixth murder of Cheri Jo Bates in Riverside, California, in 1966 – two years before Zodiac’s first killing hundreds of miles north in the San Francisco Bay Area. The group of sleuths have tried to confirm with the Riverside Police Department that Bates, 18, was killed by the Zodiac, but with no success.

However the Riverside’s Public Information Officer Ryan Railsback said the department is ‘100% sure’ that Bates was killed by someone other than the Zodiac Killer.

The group contests that the FBI in 1975 referred to Bates in a memo as the sixth victim of the Zodiac, a co-ed murdered in Riverside, California in 1966. Among additional evidence the group has found that leads them to believe Poste killed Bates is a broken wristwatch found at the scene of the crime. Investigators believe the Timex was purchased at a military base, and that Poste at the time was a US air force veteran receiving medical treatment at a base hospital 15 minutes away from where Bates was murdered.

There was also paint splattered across the watch’s face. In 1963, Poste was a housepainter for over 40 years, according to the group. The group also alleges that the Riverside County Coroner’s Office spotted four of the attacker’s brown hairs in Bates’ clenched fist, which they believe were Poste’s hairs.

Their request to obtain DNA of Bates to compare with DNA they have secured from the deceased Poste, was denied by chief of police.

‘Fifty-five years ago this month, RPD chose to ignore the obvious. It would just take minutes to quickly and quietly compare Poste’s DNA.

‘You’d think the pain Cheri Jo’s family and her old friends have been living with would be priority No 1.’

Solving the cyphers and discovering the identity of the killer has become an international fixation for true-crime followers.

There are many theories about the identity of the killer, but the only person to ever be named as a suspect by police was Arthur Leigh Allen of Vallejo, California, who died in 1992.