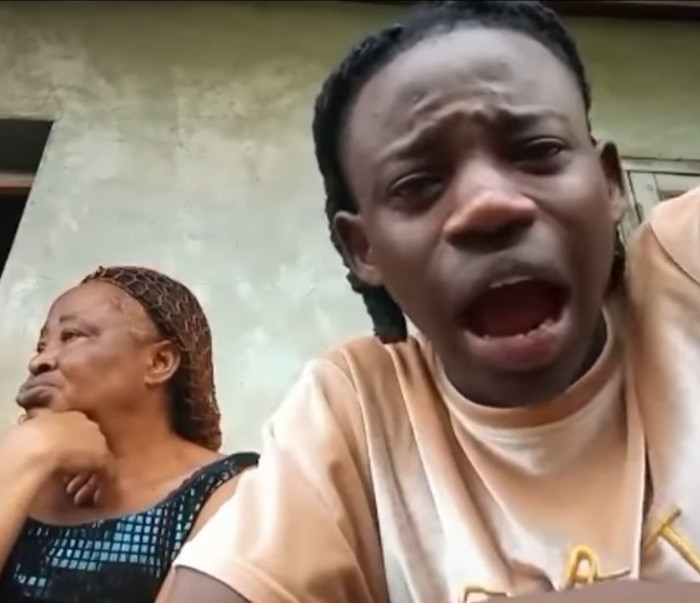 A young man has narrated bitterly how he was allegedly harassed and robbed by 4 men in police uniforms.

In a video shared on Instagram, he explained that his grandma, who can be seen in the video with him, sent him to the bank to deposit 150,000 Naira for house rent.

He said he was on a bike, on his way to the bank, when a car blocked them off and asked him to come down.

He said he came down after he saw that they were “4 policemen”.

He claimed they then accused him of being a Yahoo Boy and searched his phone.

He said despite seeing nothing incriminating, they allegedly beat him then collected the 150K his grandma gave him to deposit in the bank.

He said he saw the name tag on one of the police officer’s uniform but doesn’t know the station they are from.

He called for justice and for his money back.

His grandma appeared lost for words as her grandson narrated what transpire.