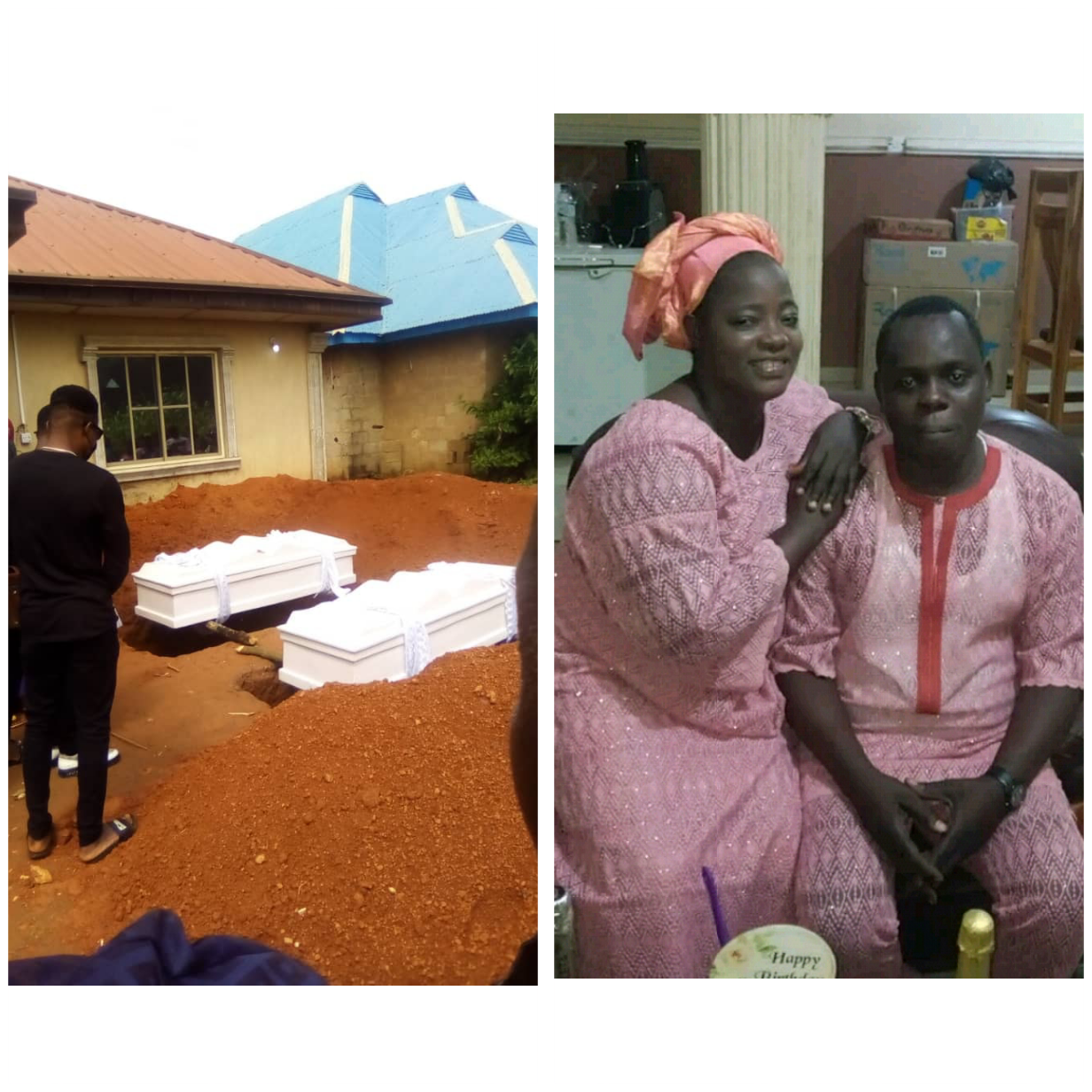 The remains of the Osun couple who died under mysterious circumstance were laid to rest amidst tears at their Ilesa residence on Thursday morning, Cctober 7.

It will be recalled that the couple were found dead in their apartment last Friday, October 1. Read HERE

Although carbon monoxide poisoning was suspected, police spokesperson, Yemisi Opalola, said the command was still expecting the report of the autopsy to confirm the actual cause of their death.

Meanwhile, the prime suspect, a 13-year-old Beninese, who was their house help is currently helping the police with investigation.

Sympathizers described the couple as easy going, hard working and God fearing. They said the deceased were hale and hearty before going to bed that fateful day, urging the police to unravel the cause of their deaths.

oraimo FreePods3 comes with a first of its kind feature