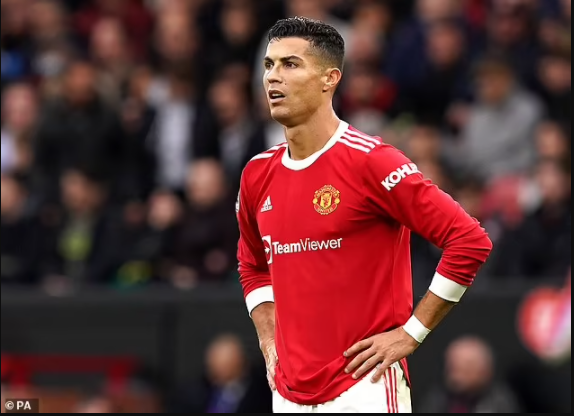 Cristiano Ronaldo’s sexual assault case has been recommended for dismissal by a Las Vegas court after the Manchester United star was accused of raping former model Kathryn Mayorga in a hotel room in 2009.

The civil court in the US has ruled the historic accusations made by Kathryn Mayorga be thrown out.

‘We are pleased with the Court’s detailed review of this matter and its willingness to justly apply the law to the facts and recommend dismissal of the civil case against Mr. Ronaldo, ‘ said the forward’s lawyer Peter S. Christiansen.

The Portuguese footballer has always maintained his relations with Mayorga were consensual and a Nevada court has now recommended that the Portuguese’s motion for terminating the case be granted.

The criminal case in relation to the allegation had already been dismissed by the Las Vegas District Attorney.

Back in June of this year Ronaldo’s legal team asked a federal court in the US to throw out the civil claim against him.

In a scathing recommendation to the judge hearing the case, Magistrate Judge Daniel Albregts on Wednesday blamed Mayorga’s attorney, Leslie Mark Stovall, for basing the case on leaked and stolen documents that Albregts said were privileged communications between Ronaldo and his lawyers.

‘Dismissing Mayorga’s case for the inappropriate conduct of her attorney is a harsh result,’ Albregts wrote in his recommendation to U.S. District Judge Jennifer Dorsey.

‘But it is, unfortunately, the only appropriate sanction to ensure the integrity of the judicial process.’

According to legal papers lodged at the United States District Court in the District of Nevada, Ronaldo’s lawyers have been pushing for Ms Mayorga’s case to be dismissed since the summer over the conduct of her legal team.

Ms Mayorga has alleged that she was sexually assaulted in a Las Vegas hotel room following a night out with the footballer in 2009.

Ronaldo has continued to strongly deny the claim and today’s recommendation of case termination all but clears his name in a court of law.

According to The Mirror, Ronaldo settled a case with Ms Mayorga 12 years ago for £375,000.

She then sought to overturn that original settlement in 2018 and is now seeking more than £56 million in damages and costs.

In 2018, Ronaldo said: ‘I firmly deny the accusations being issued against me. Rape is an abominable crime that goes against everything I am and believe in.’

‘Hypocrite’, Bobrisky drags controversial blogger after calling out Tunde Ednut over his involvement with top politicians