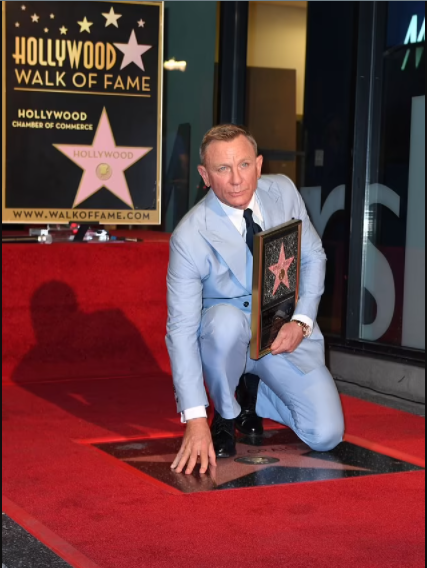 Daniel Craig has been honored with his star on the Hollywood Walk of Fame.

The 53-year-old actor was presented the honor by his No Time To Die co-star Rami Malek and longtime James Bond franchise producers Barbara Broccoli and Michael G. Wilson.

‘This star on Hollywood Boulevard is a fitting cap to your amazing run as Bond,  ‘Wilson said.

He also thanked Craig for being a ‘wonderful partner and friend’ before turning the mic over to Craig’s co-star, Rami Malek.

Malek said he was, ‘so proud to be here celebrating Daniel Craig’s star on the Walk of Fame.’

‘It’s a privilege to work with him, to watch him, and especially impactful to play opposite his most iconic James Bond in his last venture,’ Malek said.

Malek added that while Craig is, ‘very generous with his time, he’s also a big fan of brevity, so in your honor I promised to make this quick.’