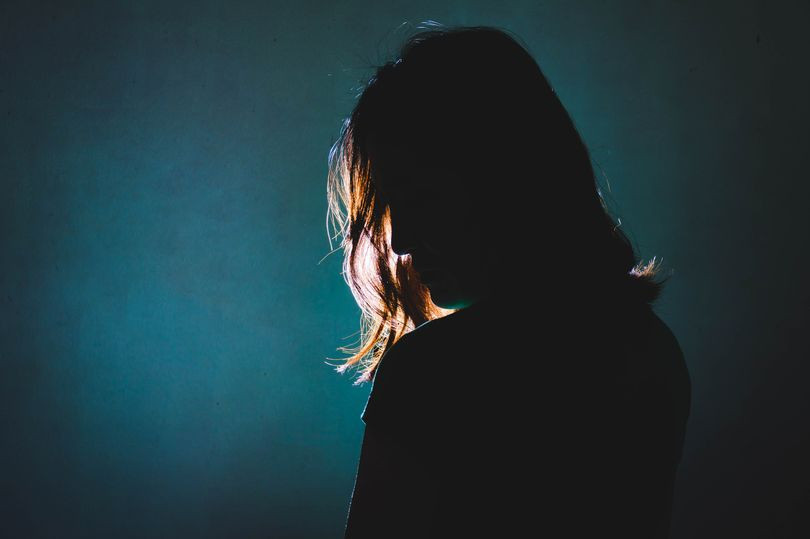 A vicar admitted to exposing herself to a five-year-old girl, rolling a pen across her private parts as she watched and asking another to press her nipples ‘hard’ but denied that there was any sexual intent involved, a court heard today.

Reverend Veronica Green, 58,  for Marbury, Tushingham and Whitewell in Cheshire, is facing five counts of indecency with a child and one charge of indecent assault relating to alleged historical incidents against two girls who were aged between five and 11 at the time.

They are alleged to have taken place while she was babysitting them while Green was growing up as a teenager in North Staffordshire.

Giving evidence on the third day of her trial at Stoke-on-Trent Crown Court, Green accepted that some incidents had taken place but there was nothing sexual involved and she was not aware at the time they were against the law.

Green, who denies the charges, told the jury: ‘I never presumed what had happened was bad until I became an adult. The things that I admitted to were never done with any intention to hurt or harm the girls. They were things that happened very naturally when I look back to the process of my changing.

‘Neither of the girls or myself thought much had gone wrong. That’s how it felt like to me until my latter years. I never regarded what we did as anything too serious.’

Green was suspended by the Diocese of Chester in January 2020 after the allegations were reported to the police.

Green recalled how on one occasion, when she was aged 13 and baby-sitting the five-year old girl, she exposed her breasts and crotch to her after taking a bath.

When asked by Mr Lawrence why she did this, Green replied: ‘I don’t know why I did what I did. What I did on that evening, I have no explanation for.

Green further admitted that after exposing herself, she took a felt tip pen and rolled it across her vagina about three or four times as the five-year old girl stood in front of her.

She revealed: ‘My legs were open, and I was rolling it (the pen) across the lower part (of my genitals).’

Mr Lawrence alleged: ‘What you were doing was plainly sexual wasn’t it?’

Green replied: ‘I had an awareness of the sexual reproductive organs, but I don’t think at that age and that time I could associate what I was doing with any sexual feeling.’

When asked if she thought it was sexual now, as an adult, she said: ‘No it was not sexual because I was not feeling anything sexual. I literally didn’t know what I was doing.’

She admitted in court that she asked one of the girls, who was aged eight at the time, to press her nipples ‘as hard as she could’ on three separate occasions, which she described as ‘experimental’ but conceded she ‘liked.’

Mr Lawrence claimed that this was done for sexual reasons but Green claimed: ‘We did not know that we were doing anything wrong at the time.

‘I had no idea what I was doing. It was an act of discovering my body. I knew I was asking her to touch me in a particular place. I wanted her to do that because it was giving me feelings that I now recognise as sexual.

‘I can look back now and say it was a sexual experience but not at that age.’

Mr Lawrence told the jury that Green was involved in a number of other incidents with the two girls, particularly the younger one, who was aged five or six at the time.

This included urging her to join her in bed as she was having sex with a boy while babysitting; asking her to perform a sexual act on her and performing sex acts on herself as she watched.

Green fumed in court that the accusations had ruined her life and had been brought as a result of the current culture of ‘naming and shaming.’

She said: ‘We live in a culture today of name, blame and shame. I think it’s swung too heavily towards one side.’

The court heard that Green had spoken to senior members of the diocese, including Archdeacon of Chester Michael Gilbertson after she was quizzed by police.

Mr Lawrence claimed Green had always feared that the ‘seriousness’ of what she had done would one day catch up with her.

When asked when she realised that this might happen, Green replied: ‘Especially during my training as a minister and the safeguarding issues that came up. And the huge swing in our culture about child abuse which we are now continually hearing about.

‘All of this made me worried and anxious about a thing I did when I was young.’

While being examined by her barrister, Kate Blackwell, Green denied performing a sex act on the girl. When Ms Blackwell said: ‘Did you ask her to touch you in a sexual way?’ Green said she did not.

When asked by Ms Blackwell if she had put her breasts into the youngster’s mouth, Green said she had not.

Green said: ‘I remember when we were sitting on a couch and I asked her to scratch my back. My sister and I shared a bedroom at the farmhouse. She used to ask me to scratch her back, which I did. I would say ‘is it my turn now?”

Ms Blackwell asked if it had gone further than that with the alleged victim, to which Green replied it had not.

Green added: ‘The second time I remember asking if she would do my back and she said ‘yes, of course’. I lay down by the fire on my tummy. She was either sitting on my bottom or beside me.

‘I unhooked my little bra the second time. I asked her to go on the sides of my back.’

Ms Blackwell asked: ‘Did she do that?’

Ms Blackwell went on to ask: ‘Did anything else happen?’

Green, who is the reverend for Marbury, Tushingham and Whitewell in Cheshire, said: ‘Yes. Her hands went further down. I remember feeling awkward about it. I didn’t stop her from doing it.

Ms Blackwell asked Green: ‘Did you say anything about your nipples?’

‘What was said?’ asked Ms Blackwell.

Green answered: ‘She did my back and started to go down my clothes and cupping my breasts.’ Ms Blackwell told her that the girl ‘stated that you said can you do it a bit harder?’

Green, of Marbury, denies the five counts of indecency with a child and one charge of indecent assault.

She was suspended by the Diocese of Chester in January 2020 after the allegations were reported to the police, the jury was told.

The prosecution told the jury that Green had said to one of the girls that she ‘had something she needed to teach her’.

Prosecutor Ben Lawrence said Green had told her ‘a man would normally teach it to girls, but (the girl’s mum) had said she wanted (Green) to teach it’.

The court heard that on another occasion Green had told one of the girls to perform a sex act on her.

One of the victims reported the alleged abuse to police in January 2020.

When police spoke to the second child – now an adult – she alleged she too had been abused by Green, the court heard.

The court heard she had told senior members of the diocese, including Archdeacon of Chester Michael Gilbertson, that something had happened.

Mr Lawrence added: ‘The defendant said something had happened when she was a teenager.

‘She had not realised the seriousness of what she had done at the time but had always thought it might catch up with her.’

Green was interviewed by police twice and answered ‘No comment’ to the questions put to her, the court was told.

She was said to have accepted there was one incident during which she was naked and one of the girls was made to feel uncomfortable, and others that had involved the second girl touching her breasts.

The court was told, however, that although Green was said to acknowledge that what she was feeling was sexual, she did not realise that was the case at the time.

Mr Lawrence added: ‘The prosecution say the defendant is dishonest about what went on.

‘The defendant has gone on to become a very different person. She has gone on to lead a blameless life as an adult. She is of positive good character and has no doubt done good for others.’

He told the jury: ‘You are judging the acts of when she was a teenager, and the way she behaved then.’