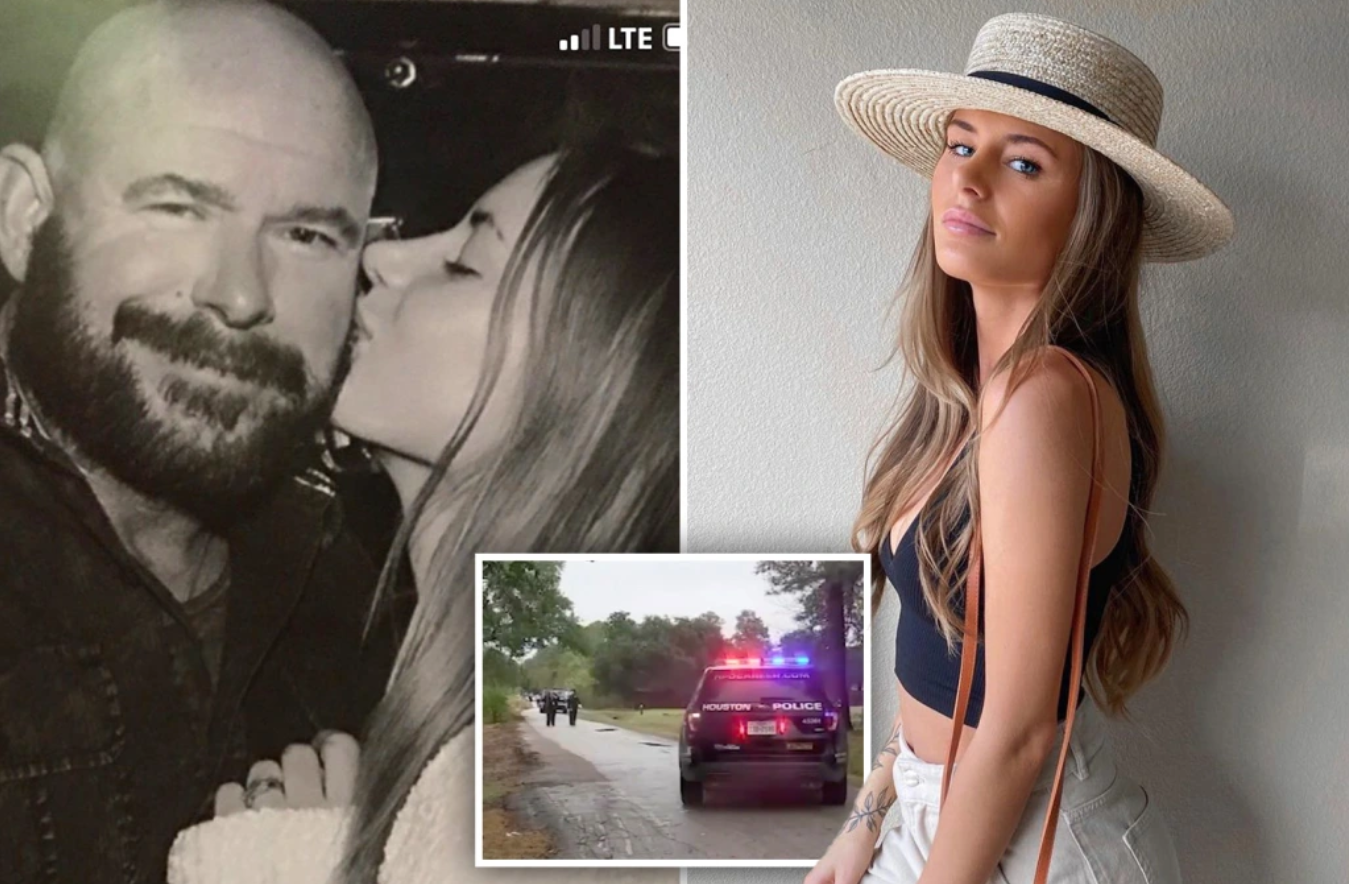 Almost a year after 26-year-old popular Instagram influencer, Alexis Sharkey was found dead on the side of a west Houston road just after Thanksgiving, her fugitive husband suspected of murdering her has reportedly shot and killed himself as US Marshals moved in to arrest him.

On Wednesday October 6, Houston police confirmed that 50-year-old Tom Sharkey who was wanted for his wife’s murder, died of an apparent gunshot wound to the head as authorities in Florida attempted to take him into custody.

Tom, a bodybuilder, had denied claims that he had a fallout with his wife and that they hsd argued before her death, but an arrest warrant was issued last month When more evidence of his involvement in her death was found.

Marshals had traced him to his daughter’s home and were preparing to arrest him when he died in an apparent suicide. A relative claimed he ran upstairs and shot himself at about 1am on Wednesday October 6th, local media reported.

His body was found after marshals knocked on the door and began searching the home in Fort Myers, Florida. Police said Tom was the only person with the “means, motive and opportunity” to have carried out the murder of Alexis.

It was also revealed that an  autopsy report released on January 19, 2021, about seven weeks after Alexis was found dead, revealed she was strangled and her death was ruled a homicide.

Days before her death, Tom called his wife his “world” and called for the public’s help in finding her when she disappeared. “My world! My everything! I’m so lost right now! My one and only!” he wrote. Following her death he called her “the most amazing woman.”

But a different picture of the couple’s marriage soon emerged from friends of Alexis who said she had been in an abusive relationship with Tom. The Daily Beast reported that Alexis had allegedly told friends during a trip in early November that Tom was abusing her.

She apparently also claimed she was divorcing him. A friend told the publication;

“Throughout the trip, he was sending really awful, nasty messages to her.

“But one night when she and I were talking alone she said, ‘He strangles me and chokes me out and I blackout and wake up on the bathroom floor every single time.’”

Another told ABC13 Alexis has been “petrified” in the weeks before her death. They did not elaborate on why but added: “This girl is scared for her life.”

Two other friends claimed that on the day his wife disappeared, Tom had been arguing with her before she “hopped over their patio fence and into a car.” Local reports suggested that Alexis did not leave in her vehicle.

Tom however denied having any marital problems, saying he was cooperating with detectives and felt confident police are “going to find everyone that was involved.” He also denied having an argument with Alexis before she disappeared and claimed he was receiving death threats as her Instagram clout grew.

“There are always other sides to everything.

“I don’t need to set the record straight. I’ll let it play out the way it is. I know what my life was with my wife.

“She wasn’t happy. She was stressed. I would cuddle her to try to make her strong.”

It is unclear when Tom became wanted for the murder and when he moved away from Houston. He had not been charged.

Alexis’ Instagram account, which has now been memorialized, included pictures of her and Tom alongside her influencer pictures.

“They wanted to promote my body instead of my craft” – Singer, Niyola opens up on why she left EME