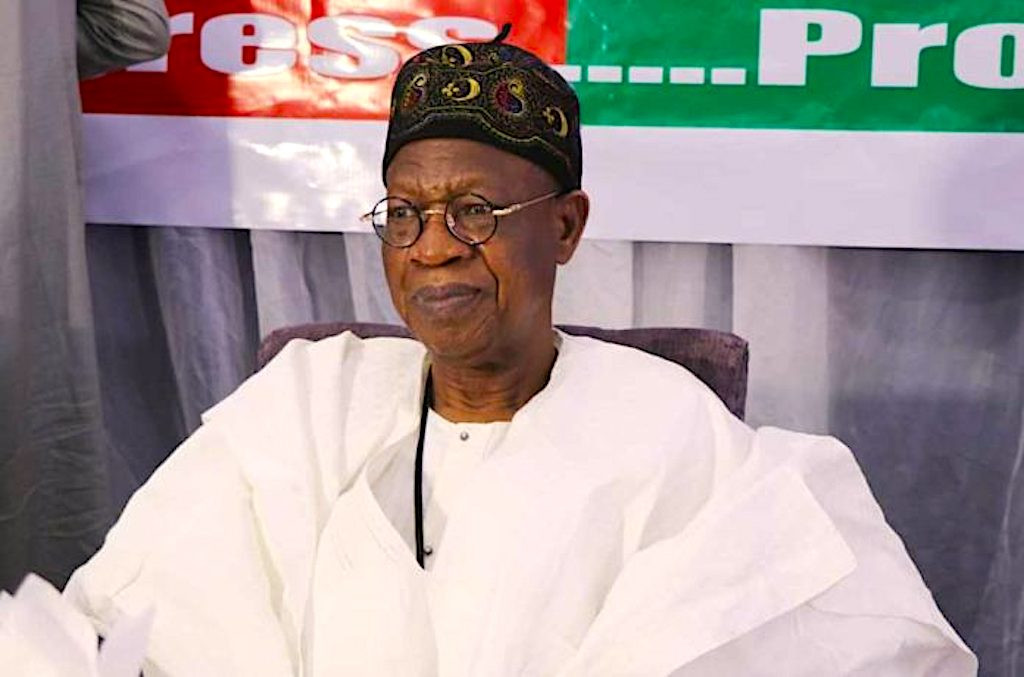 It is a fallacy, misinformation and fake news to say that the Government is softer on bandits and insurgents than on the separatist

Minister of Information and Culture, Lai Mohammed, has described as a fallacy, misinformation and fake news, the report that the Buhari-led administration is softer on bandits and insurgents than it is on the separatist and other criminals in other part of the country.

Speaking in an interview with Radio Nigeria today October 7, the Minister said;

”It is a fallacy, misinformation and #fakenews all rolled into one to say that the Government is softer on bandits and insurgents than on the separatist and other criminals in other part of the country. It is very unfair to say so.

As far as Government is concerned, a criminal is a criminal, nomenclature not withstanding. Whether you call him a bandit or call him a terrorist”

Speaking further, Mohammed averred that it is a disservice to the military to insinuate that they are more lenient to bandits in their war against insecurity in the country.

” The truth of the matter is that the military does not make any distinction in the ferocious attacks they’re unleashing on the terrorist whether they’re from the Northwest, South East or they’re from the North East. It is an attempt to politicize the approach of the Federal Government in tackling banditry…The Federal Government is not relenting in the attacks from the military that’s why the newly acquired platforms such as the Super Tucano(as of today we have 10 of them) has changed the equation.

As I told you earlier, today whether terrorists or bandits, they’re all in disarray. Thousands of terrorists have surrendered because of the superior power of the military, and because of the combined efforts of the States and Federal Governments most of the bandits today are isolated in the forest but we are not relenting.

It is a disservice to the military to say that terrorists and bandits from the north east and north west are being treated with soft gloves while the separatists and other criminals from other parts of the country are not treated like that. I think it is very unfair.”Mohammed said