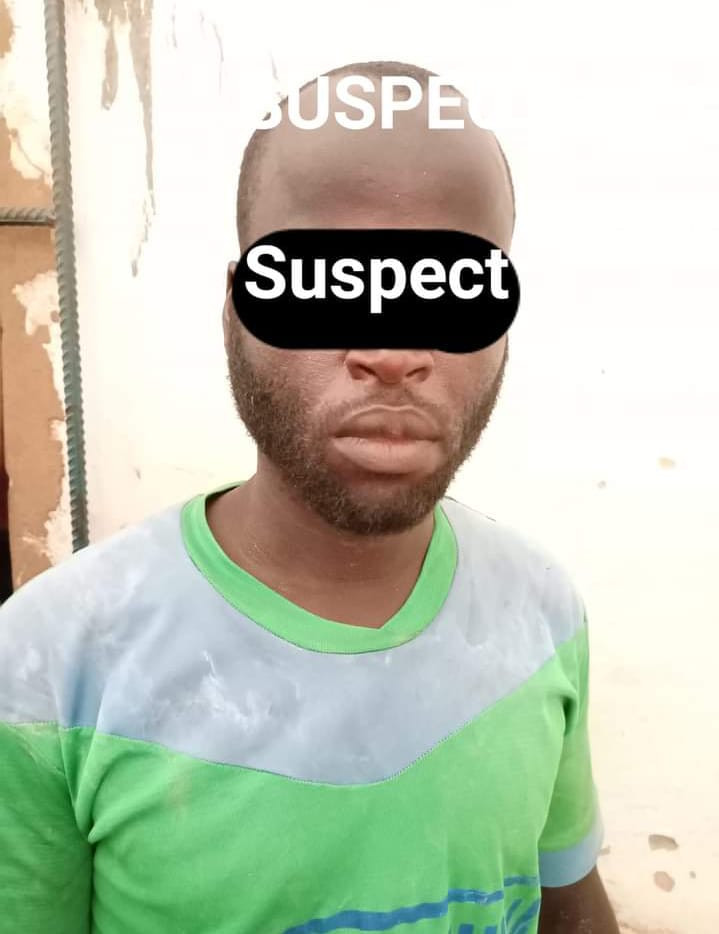 A 30-year-old man, Abdullahi Suleman popularly known as Messi has been arrested for allegedly sodomising an 11-year-old boy in Jigawa State.

Spokesman of the Jigawa State command of the Nigeria Security and Civil Defence Corps, SC Adamu Shehu said the suspect was arrested on Wednesday October 6, at Marinjuwa Quarters in Dutse Local Government. m

Tthe suspect said to be a neighbour to the victim, was accused of carrying out the act anytime his partner leaves their apartment.

He engaged the eleven year old thrice. But as the boy stated, their sexual affair was more than three times where the suspect engaged him in different places, including his personal residence and in turn gives him money, milk candy, biscuits and other gifts, including wristwatch.

The illicit affair was uncovered after the boy’s school teacher who observed that he had so much money in his possession, notified the boy’s parents of his findings.

Upon being interrogated, the boy narrated his sexual relationship with the suspect (Abdullahi). The suspect has admitted to the crime and will be charged to court after detailed investigation.

Mayorkun drops teaser for Back In Office (Video)