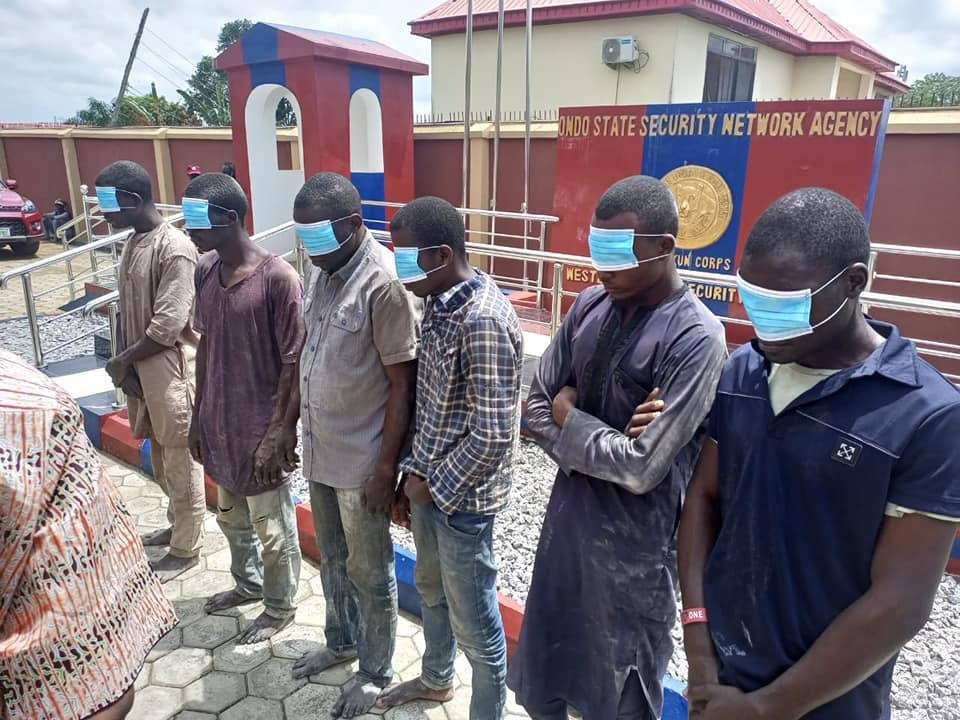 Men of the Ondo State Security Network codenamed Amotekun has killed a member of a kidnap syndicate identified as Kunle and rescued an abducted victim.

Kunle and and his gang had successfully abducted a trader from Ogun State, Folorunsho Shakirudeen, and were heading to the riverine area of Ondo State when they were intercepted by men of the Amotekun.

It was gathered that the kidnap syndicate had demanded N10m as a ransom for the release of Shakirudeen but reduced it to N2m. The criminals were moving the victim from Okitipupa to the coastal community when they ran into Amotekun men.

It was also gathered that the hoodlums were moving in the victim’s vehicle when they ran into the Amotekun officials and tried to escape.

Ibrahim while speaking during his parade, said he was invited to the group by a member of the syndicate who works on his farm in Ogun State, and was expecting to collect the ransom in Ondo State before they ran into the men of Amotekun.

The Commander of the Ondo Amotekun Corps, Chief Adetunji Adeleye, while confirming the arrest, said the operation was part of the ongoing Operation Clean Up being embarked upon by the state security outfit.

Adeleye said the kidnap syndicate was arrested by the intelligence unit of the outfit who noticed the reckless driving of the criminals and made a manhunt to be launched for the driver.

“They drove to Ondo State and our intelligence unit reported reckless driving and we suspected that something was wrong. We launched a manhunt for the hunt and at Okitipupa, we engaged them,” he said.

“They exchanged gunshot and one of them was shot dead. They had negotiated a ransom from N10m to N2m. They asked his boys to bring the ransom to the riverine area of Ondo State. One of our men that were wounded is currently receiving treatment.”

The victim, Mr Shakarudeen, 58, said he was in his house when he was accosted by three gunmen who forced him into his SUV and drove away.

He said his family had already agreed to pay the N2m ransom before he was miraculously rescued by men of the Amotekun Corps.

The suspects would dismember motorcycles stolen from all parts of Ondo State and sell the parts to buyers from Lagos State.

Adeleye said the suspects were also responsible for taking care of kidnapped victims and said some of the suspects would be released to relevant security agencies for further investigations while others would be charged to court.