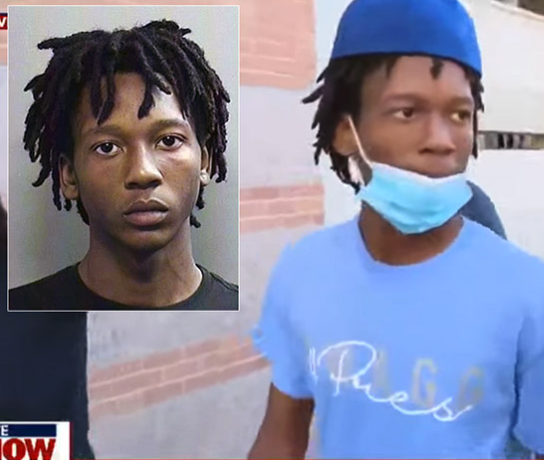 The teenager who shot four people in a High School in Arlington, Texas, has been released on $75,000 bond after turning himself in.

Timothy George Simpkins, 18, shot up a classroom at Timberview High School on Wednesday, October 6, 2021, then escaped from school before later turning himself in accompanied by his attorney on Wednesday evening.

The teenager posted bond hours after he carried out the shooting and he walked free from jail.

Family members say Simpkins was constantly “bullied” because he “was rich” and “had nice things.”

Cell phone video taken by another student shows a boy who looks like Simpkins covering his head with his hands while a 15-year-old boy punched him repeatedly.

After the fight, Simpkins reportedly retrieved a black Glock handgun from his backpack and shot the 15-year-old, who is still hospitalized.

Simpkins also allegedly shot 25-year-old Calvin Pettitt, a male teacher who broke up the fight. Pettitt was shot in the back. A female student who was grazed by a bullet was released from the hospital on Wednesday.

Simpkins’ family claims he was bullied by other students because he has nice things. They claim he lashed out in self-defense.

His family described Simpkins as a “loveable” kid who was only trying to defend himself.

‘Hypocrite’, Bobrisky drags controversial blogger after calling out Tunde Ednut over his involvement with top politicians