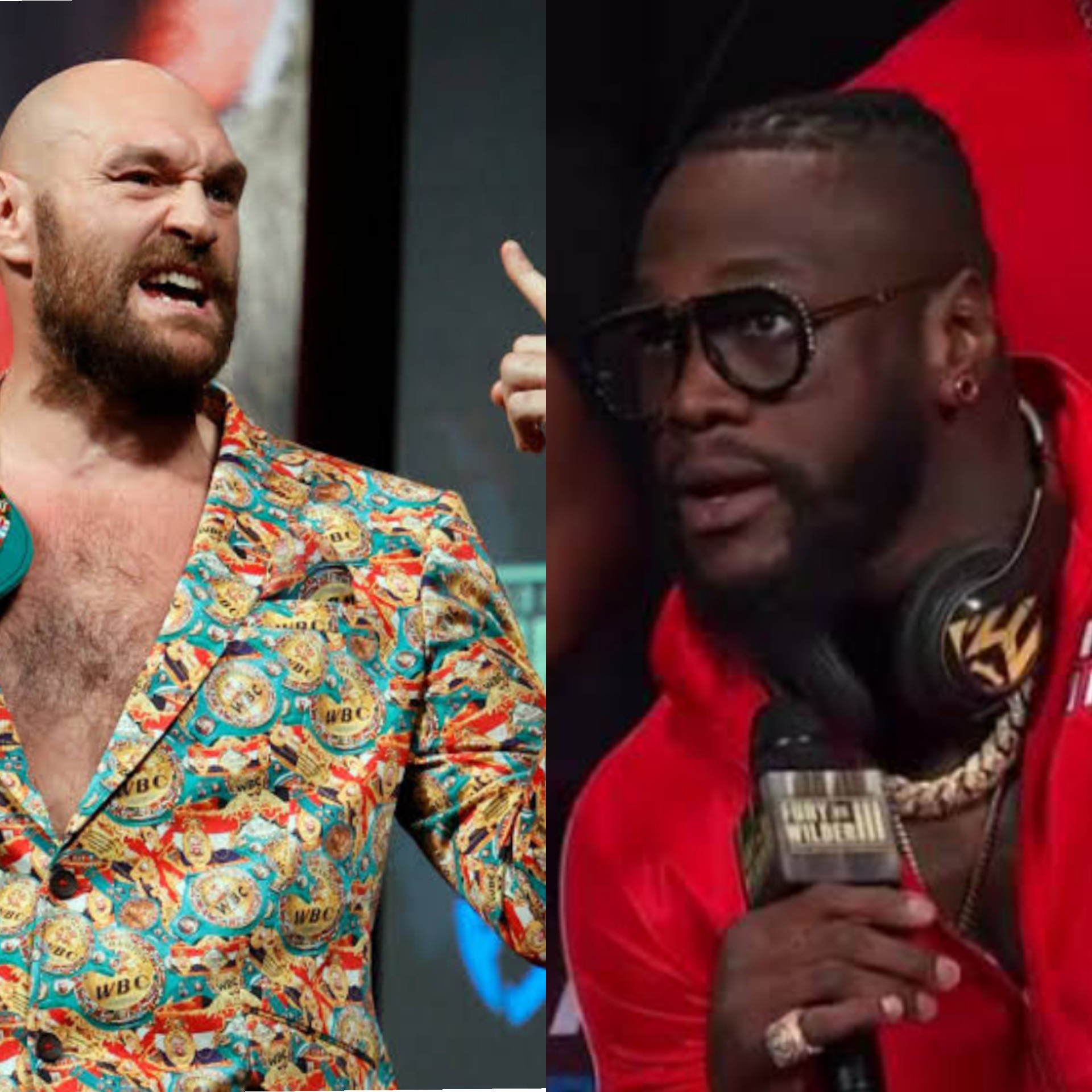 Boxers, Tyson Fury and Deontay Wilder engaged in a fiery final press conference ahead of their third fight on Saturday night, October 9.

Although there was no final face-off, the heavyweight boxers exchanged heated words as they clashed over cheating allegations.

Their most recent fight ended in a convincing victory for Fury, who took the WBC title after seven dominant rounds, although Wilder has made numerous allegations against the referee, his trainer, Tyson Fury and even his own costume as the reason for his loss to Fury.

Wilder doubled down on those accusations at the Las Vegas event early Thursday morning, October 7.

When asked if he regrets the allegations he has made against Fury, Wilder said;

“I don’t regret it, I will go to my grave believing in what I believe in.

“One thing about it, men lie, women lie, but your eyes don’t lie what you see – people can believe what they want, but the eyes don’t lie and it only made me better as a man to see certain facts. It made me hungrier than before.”

Fury, who refused to sit down during the press conference, hit back in a tense exchange, cussing out Wilder throughout and calling him weak.

“I don’t care because it is obviously coming from an unwell person,” said Fury.

“He accused me of everything, his team, trainer, the suit [he wore on the way to the ring], injuries, the Athletic State Commission of Nevada, the ref – if he had come out with one excuse it might have been believable.

“What it tells me is he is a weak person who I am going to knock spark out on Saturday night.”

Hosting the press conference, Kate Abdo called for the two fighters to face off at the end, before promoters Bob Arum and Frank Warren intervened, fearing both fighters could have attacked each other, hereby jeopardizing the actual event on Saturday.

The promoters stood out of their seats and shouted ‘no’, saying they don’t want the boxers to face each other as there were no body guard around.

Arum (pictured below) later ranted to reporters: “They bring this woman in from the UK and she’s slanting all the press conference to Wilder.

“She knew that the understanding was no face-off. What does she say? ‘Now were going to do a face-off.’

“Don’t go and k*ll yourselves… the brands will come in” – Angel assures fans that she will get endorsements.