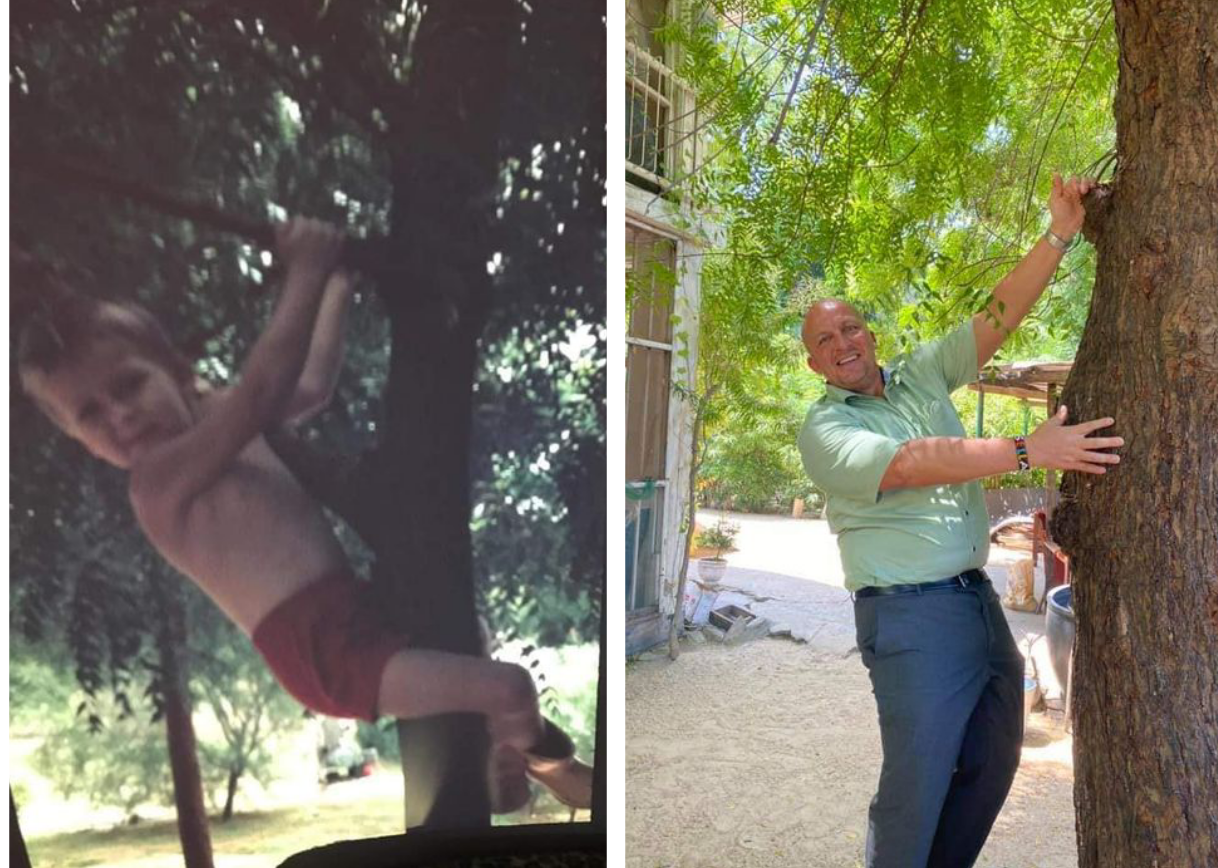 A white man, Swen Abel, believed to be from the Netherlands, visited Borno State and recreated a childhood photo of himself clinging to a tree in Maiduguri almost 40 years ago.

According to Rahma, the house where the tree is located was built by his late father, adding that Abel and his family were the first occupants.

He also disclosed that Abel’s father was the one who planted the tree.

“Yesterday, was one of the most fascinating days of my life. Swen Abel, was a young boy, when last he was here with His family, as residents and the first occupants of the house our Father (of Blessed memory) built, as we moved in straight after them,” he wrote.

“He clung onto the same tree he did almost fourty years ago, with the same agility I might add. To add icing to this cake, Swen called his Father across the ocean, and we chatted for long, as he had the kindest words to say about our late Parents, and I told him, his legacy lives on, in the numerous trees he planted whilst a tenant, including the one with the ever so thoughtful son.

“Thank you for the visit my long lost brother. May our blessings be plentiful, as the good you do, in different ways, can follow you for long and beyond”