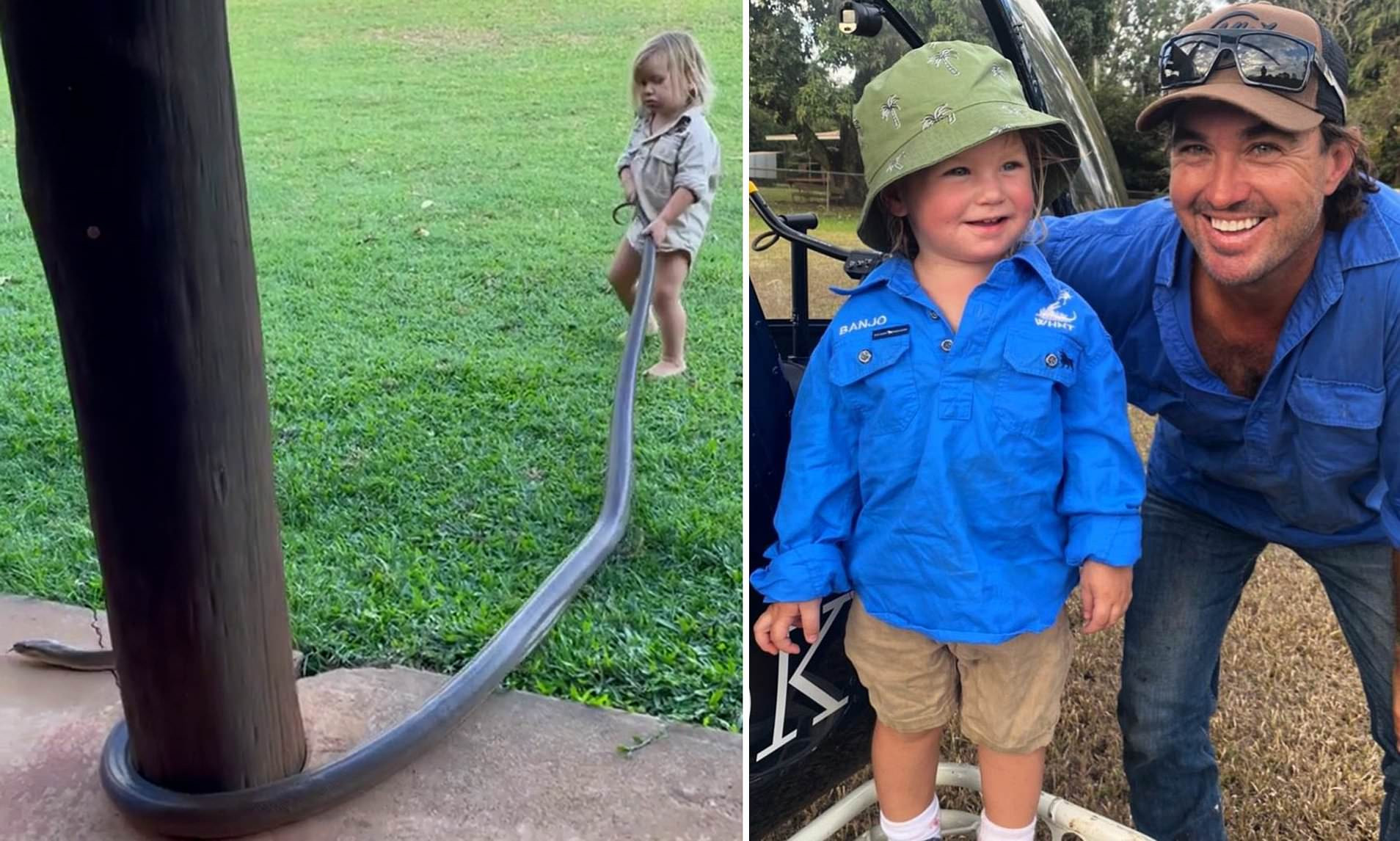 Matt Wright, an Australian wildlife expert has faced a backlash after being accused of jeopardizing his son’s safety by allowing him handle a massive snake.

Wright who is famous for risking his life to relocate crocodiles and other dangerous critters on his National Geographic show “Outback Wrangler”, had shared the video on Instagram with the caption “Learning the ropes.”

The nerve-wracking footage shows Wright’s 2-year-old son Banjo on a lawn tugging the tail of what looks to be a massive Olive python, Australia’s second-largest snake with a maximum length of over 10 feet long.

At one point, the colossal constrictor, which is several times the boy’s size, tries to wrap itself around a wooden pillar, prompting Dad to urge Banjo to “pull him out.”

After yanking at the snake for several seconds, the bewildered tot runs towards Wright, who is standing by the snake’s head. The “award-winning tourism operator” instructs Banjo to return to the reptile’s tail while avoiding the serpent’s teeth.

“Quick, grab him, he’s going to bite Dad,” Wright shouts after his son scrambles to the back end.

The video was trailed with mixed reaction as many pointed out that snakes are not toys and the child is not old enough to make an accurate assessments on what snakes are safe. Some social media users however applauded Wright for exposing his son to nature early.

This isn’t the first time the celebrity beast master has gotten in hot water over his animal handling. In 2017, Wright was accused of animal cruelty after allegedly duct-taping the jaws of a 16-foot crocodile that he captured from an Australian swamp.

However, like in the case of his son’s snake handling, fans were quick to flock to the croc catcher’s defense.