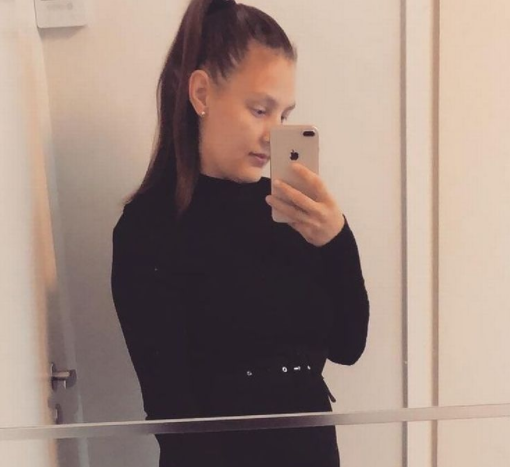 A woman didn’t know she was pregnant until she went into labour and gave birth 8 minutes later.

Tilda Kantala, a 23-year-old mum from Turku, Finland, woke up with a tummy ache on June 28, 2021, thinking she’d eaten something dodgy. She had no idea she was pregnant until eight minutes later when she gave birth to a surprise baby.

She said: “I thought it was just from eating something bad or something that my stomach can’t handle.

“It wasn’t like normal contractions but then came a very familiar feeling – the urge to push.

“That’s when I figured out that I was in labour and about to give birth to a baby or babies. At that point, I didn’t know anything.”

Tilda, who also has a two-year-old daughter Aleia, said her periods were normal throughout the pregnancy and she didn’t experience any sickness.

Tilda with her older child

She said she had gained a bit of weight but thought it was just normal weight fluctuation. It wasn’t until the night she gave birth in a summer cottage she’d visited with her family that she realised something was wrong.

She said: “I had just woken up and my mother and sister and my daughter were outside already.

“At the last minute, I was able to shout ‘Mum’ because I heard her coming into the house to get something.

“She came into my room and saw me in pain and about to push for the first time. She asked: ‘ARE YOU PREGNANT!?’ and I answered: ‘I guess so’.”

By the time her mum had run into the room, the baby’s head was already crowning.

Tilda recalls her mum asking if she could wait to push, but there was no way she could delay any longer.

She recalled: “My mum went to get some towels and get some more help from my uncle, who called the ambulance. While he was on the call, I pushed three times and the baby was out.

When the ambulance arrived, baby Alec had already been born. He and Tilda were taken to hospital to be checked over as Tilda hadn’t had any scans or tests throughout the pregnancy.

She said: “I was confused, scared, anxious. I was alone already, a single mother for my daughter and now another one was coming into our lives.

“Luckily, the baby was perfectly fine and healthy.”

Tilda says after she got over the initial shock, she has embraced being a mum to two little ones.

She said: “I came to terms with what had happened. It took a few weeks but I’m fine with it now. I’m a happy single mum-of-two.”