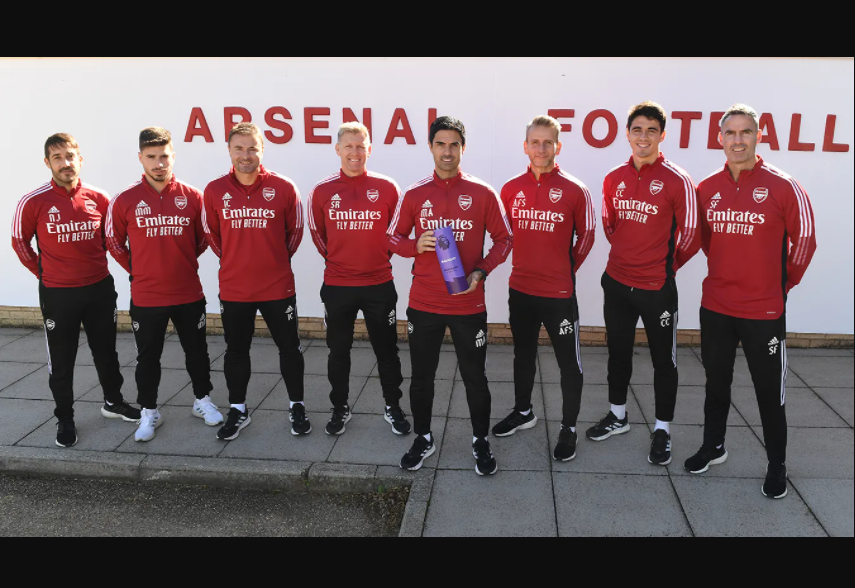 Mikel Arteta has been named the September 2021 Barclays Manager of the Month after guiding Arsenal to an impressive turnaround.

Arteta scoop the award for the first time after leading the Gunners to victory in all three matches they played in September, following three straight defeats in August.

“It’s a great feeling, it means we went on a good run and won matches,” Arteta says. “But for me it’s much more than that. It’s about the people involved, the people who work with me and how grateful I am to have them.

“The level of trust, implication and passion that they show working alongside me every day, that gives me the strength and then the belief in the players that they can do it, and that they are good enough to win matches and that we believe in them.”

On the club’s home win against Spurs, he adds: “I said it after the game, it’s the best atmosphere I’ve seen at the Emirates. It was electric, it was real, it was honest and it was a real sense of chemistry between our supporters and the team.

“And it was the perfect day to thank them. A few weeks earlier when we were under adversity and criticism they really stood for the team and it was a way for the team to say, ‘Thank you, you are a big part of our time and we need you, and when you are alongside us look at what we can do.’ ”

The 39-year-old topped a five-man shortlist, beating Pep Guardiola, Jurgen Klopp, Graham Potter and Dean Smith after votes from the public were combined with those of a panel of football experts. He is the first Arsenal manager to claim the award since Arsene Wenger six years ago.

‘I’m always proud to say this is my product,’ Actress Regina Daniels gushes over her son