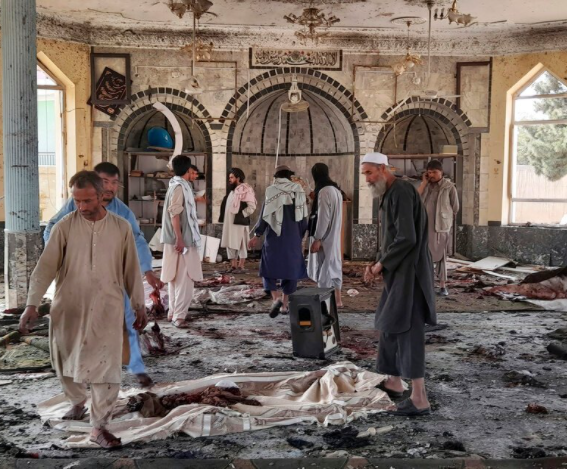 Bomb kills at least 50 at Shiite mosque in Afghanistan

An apparent bomb attack at a Shiite mosque in the Afghan city of Kunduz killed at least 50 people on Friday, October 8, in the bloodiest assault since US forces left the country.

A medical source at the Kunduz Provincial Hospital said that 35 dead and more than 50 injured had been taken there, while a worker at a Doctors Without Borders hospital reported 15 dead and scores more wounded.

Taliban spokesman Zabihullah Mujahid had earlier said an unknown number of people had been killed and injured when “an explosion took place in a mosque of our Shiite compatriots” in Kunduz.

There was no immediate claim of responsibility for the attack.

The bomb attack was carried out at the Gozar-e-Sayed Abad Mosque during Friday prayer service when the mosque is typically crowded.

Dost Mohammad Obaida, the deputy police chief for Kunduz province, said that the “majority of them have been killed”. He said the attack may have been carried out by a suicide bomber who mingled among the worshipers.

“I assure our Shiite brothers that the Taliban are prepared to ensure their safety,” Obaida said, adding that an investigation was underway.