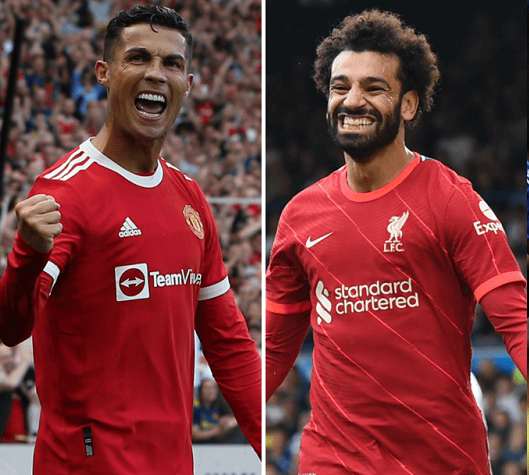 Cristiano Ronaldo named Premier League’s Player of the Month for September, but Gary Lineker believes Mo Salah should have won it instead

Cristiano Ronaldo has been named the Premier League’s Player of the Month for September for his performances for Manchester United but Gary Lineker, felt he was fortunate to win the award ahead of Mo Salah.

Salah was the obvious top contender for the award after his impressive display for Liverpool. He scored in Liverpool’s three Premier League matches last month, equalling Ronaldo’s tally of three, and arguably contributed more to the Reds around the pitch.

One fan wrote: ‘That’s absolutely farcical, Ronaldo was useless in most matches he played but scored a few tap ins, Salah was far better than him this month.’

While another posted: ‘Ronaldo winning POTM in the month Salah confirmed himself as the best player in the world is the biggest joke of all time.

Ronaldo has now claimed the Player of the Month award for the fifth time in his career after making a fine start to his second spell at Old Trafford.