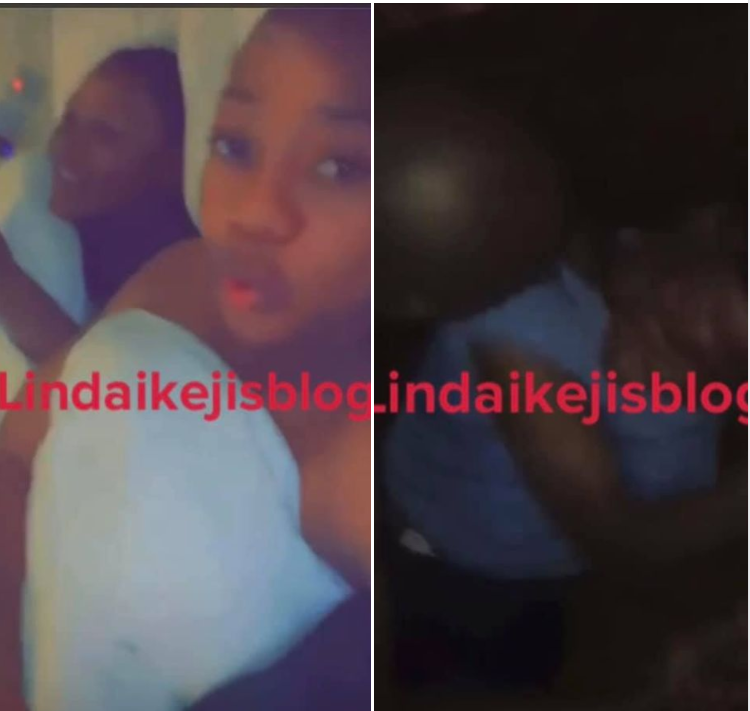 A video has captured moment a Nigerian lesbian was being brutalized by her father and family members for ‘practicing lesbianism’.

Some parts of the video captured her loved-up moment with her lesbian partner. The lady was spotted kissing her partner and lying in bed with her.

However towards the end of the video, she was seen being beaten by her family members who were reportedly informed of her sexuality. Her father who spoke in Igbo was spotted strangling her and asking why she is “practicing lesbianism”.

Other family members were also seen beating her with a whip. Watch the graphic video below……………

Actress, Adunni Ade narrates how she was molested by a sound engineer on set (video)