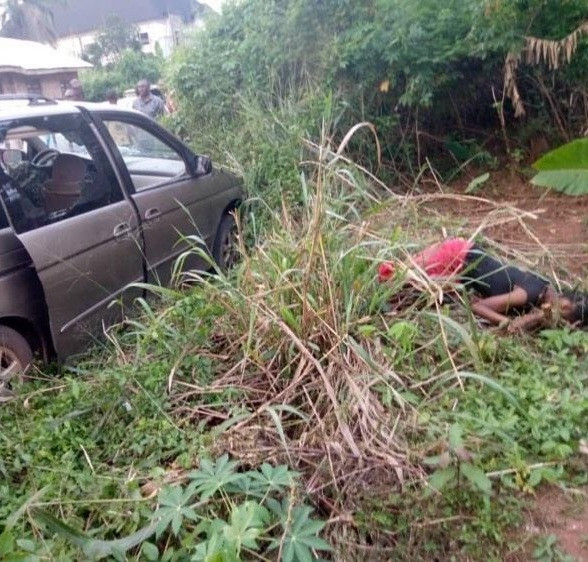 Villagers have accused security operative of killing a man and a young woman who were returning home after depositing their mother’s body in the mortuary.

It was alleged that the security operatives chased them from Nnewi to Akwa-Etiti because the car they were in had tinted glasses.

The chase allegedly culminated in shots being fired by the security operatives.

In a video from the scene, members of the community are heard lamenting as they called the name of the man who had been killed. They then accused the Nigerian Army of being responsible.

They said he had gone to Saint Francis Mortuary to deposit a body before he was killed.

A young lady is also seen lying dead on the floor.

See a video below.