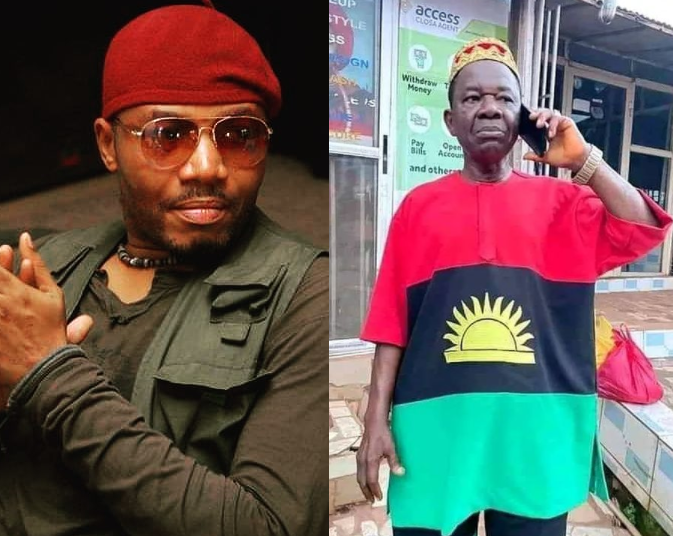 You have a right to stand for what you believe in

Nollywood filmmaker and actor, Ernest Obi has reacted after the arrest of veteran actor Chiwetalu Agu by Nigerian soldiers for wearing an outfit made with the Biafran flag.

The veteran actor was arrested at Upper Iweka in Onitsha, Anambra state yesterday October 7, with the Nigerian Army later releasing a statement, where it was confirmed that he was picked up for allegedly soliciting support for the proscribed Indigenous People of Biafra, IPOB.

Reacting on Instagram, Ernest declared his support for his senior colleague, while insisting that the veteran actor as the ‘right to stand for what he believes in.’

High Chief CHIWETALU AGU. I stand with You And Your Right To Have A Right To Stand For What You Believe In.

I Asked.
Were You Armed?
Were You Leading A MOB?
Arsonists?
Flag Waving murderers ?

Were You Calling Citizens up To Arms?
Did You Murder scores of Children and Women to Propagate whatever Your ideology is?

Have you ever sacked dozens of villages and kidnapped and raped and maimed their children?

Have Government Officials Ever come To beg You loads Of Money to end your killing spree. Taking pictures and videos whilst you strut around with your AK47 rifle?