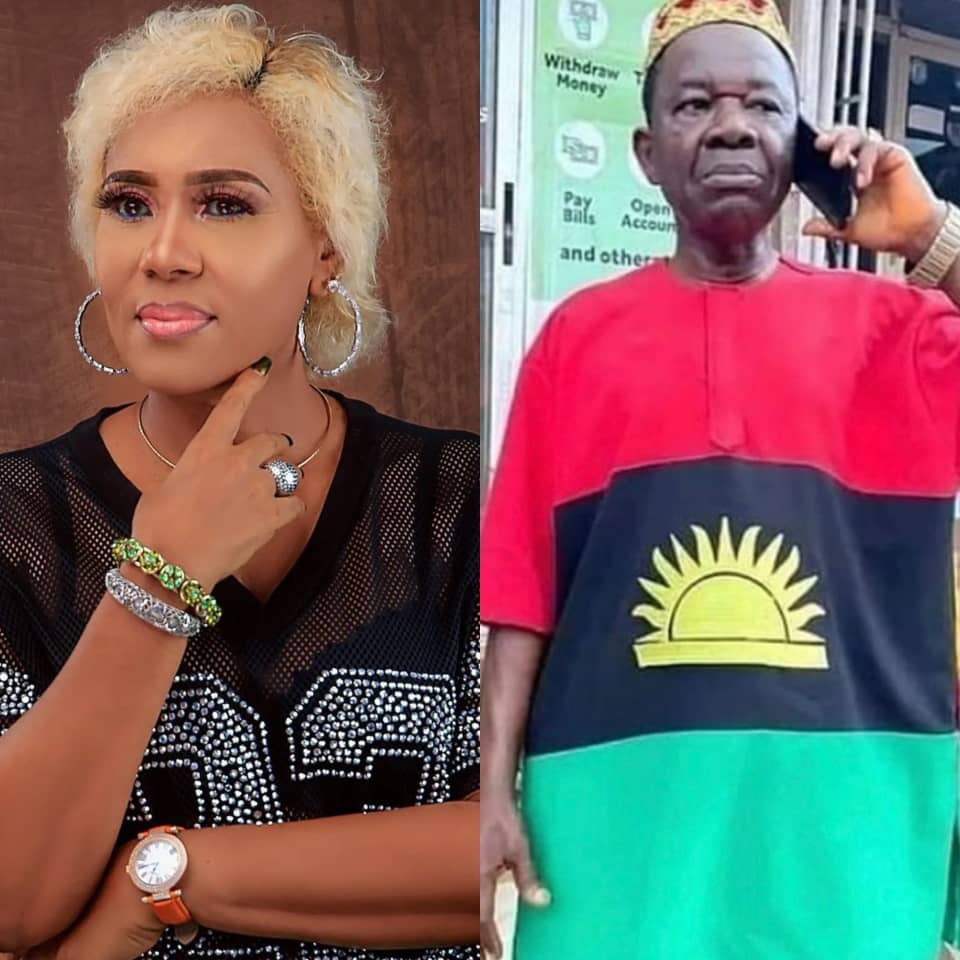 Actress Shan Geroge has reacted to the video of veteran actor, Chinwetalu Agu, at the Nigerian Army office after he was arrested in Anambra state on Wednesday, October 7.

Chinwetalu in the video denied wearing the Biafran flag. According to him, he was wearing a dress with ”the rising sun”.

Reacting on Instagram, Shan George stated that he was wearing a Biafran flag and that he should own up to it with his full chest. She added that she doesn’t see anything wrong with people fighting for their freedom.

See what she wrote below…

We wanted Messi to play for us for free