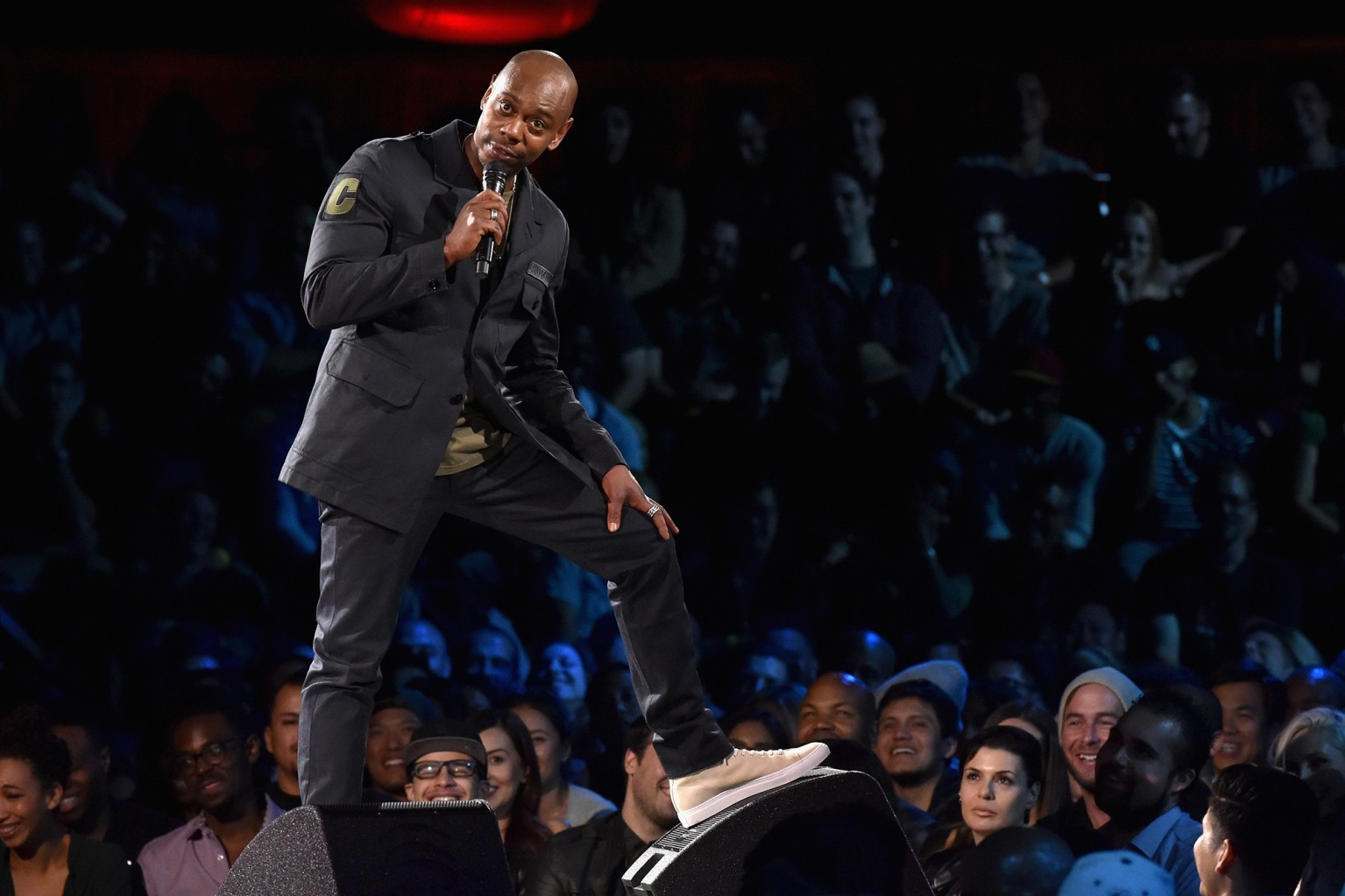 Addressing his rapturous star-studded audience of more than 18,000 at the Hollywood Bowl in Los Angeles following the screening of his “Untitled: Dave Chappelle Documentary,” the stand-up star got more pointed and specific.

Chappelle was responding to the torrent of criticism he received following Tuesday’s release of his sixth and final Netflix special, which some have blasted as transphobic.

The 48-year-old comedian was also being accused of defending what many perceived to be problematic comments by rapper DaBaby and “Harry Potter” author J.K. Rowling, as well as deflecting criticism he faced for cracking wise about the trans community in previous specials “Equanimity” and “Sticks & Stones.”

In “The Closer,” Chappelle declares that he’s joining Rowling in “Team TERF!” (the acronym for trans-exclusionary radical feminist), and conflated rapper DaBaby’s homophobic statements at a show over the summer with systemic racism.

He referenced the fact that the career of Charolette rapper DaBaby has virtually fallen off a cliff after the 29-year-old rapper made disgusting, homophobic comments over the Summer that resulted in his name removed from festival line-ups and his songs no longer being played on the radio. Chappelle then claimed that in the United States, it is better to kill a black man than to hurt a gay person’s feelings.

“DaBaby was the number one streaming artist until a couple of weeks ago. He took a nasty spill on stage and said some wild stuff about the LGTBQ community during a concert in Florida. Now, you know even I go heard in the paint, but even I saw that s–t and was like ‘God damn, DaBaby!’. Ooohhh, he pushed the button, didn’t he? He pushed the button — punched the LGTBQ community right in the AIDS. Can’t do that.

“But I do believe that the kid made a very egregious mistake, I will acknowledge that, but a lot of the LGBTQ community doesn’t know DaBaby’s history, he’s a wild guy.  He once shot a n—a and killed him in Walmart. This is true, Google it: DaBaby shot and killed a n—a in Walmart in North Carolina… nothing bad happened to his career.

“In our country, you can shoot and kill a n—a, but you better not hurt a gay person’s feelings. And this is precisely the disparity that I wish to discuss.”

Responding to controversy that trailed his comment, Chappelle told his sold-out crowd in Los Angeles that “If this is what being canceled is about, I love it.”

“I don’t know what to tell you, except I’m a bad motherf–ker.

“F–k Twitter. F–k NBC News, ABC News, all these stupid ass networks. I’m not talking to them. I’m talking to you. This is real life.

“They canceled J.K. Rowling, my God. The Closer.” “Effectually she said gender was a fact, and then the trans community got mad as sh–, they started calling her a TERF.”

The comic then declared himself to be on “Team TERF” (trans-exclusionary radical feminists) prompting applause from the audience watching the show.

“I agree. I agree, man. Gender is a fact. You have to look at it from a woman’s perspective.”

Jaclyn Moore, executive producer and showrunner of Netflix’s “Dear White People,” was among those who said they were offended by Chappelle’s comments in “The Closer,” tweeting Wednesday that she was “done” with the streaming giant.

“His shadow is huge,” Moore told Variety Thursday while detailing her boycott of Netflix. “He’s a brilliant goofy comedian, he’s brilliant as a political comedian. He has been brilliant for so, so long, but I also don’t think because you’ve been brilliant means that you’re always brilliant.”

Moore, who transitioned during the pandemic, told Variety she decided to speak out on Twitter because Chappelle’s material on the transgender community “felt different” than his earlier takes on the topic.

“I have been thrown against a wall for using a women’s bathroom,” Moore told Variety. “I would just say it’s ironic that for somebody who famously walked away from a TV show because he felt like the messages of the joke got lost, he doesn’t see what the messages of these jokes do to people.”

“My people will not drag you, we love you” – WhiteMoney assures Queen (Video)