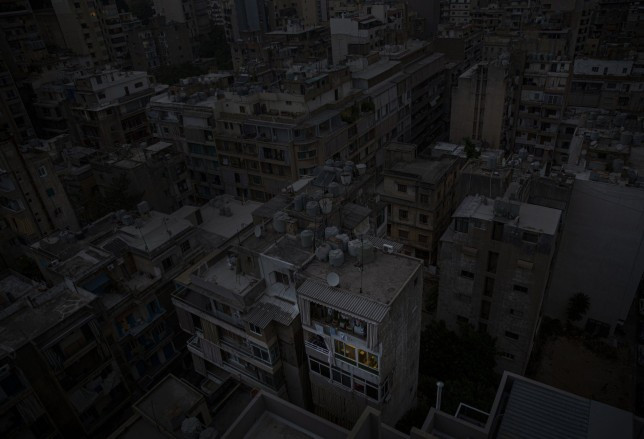 Lebanon plunged into darkness after country ran out of fuel

Lebanon has been plunged into darkness after the country’s two main power stations ran out of fuel.

The power outage is expected to last for ‘several days’ after al Zahrani and the Deir Ammar power stations stopped working after supplies of diesel were apparently exhausted, and energy production dropped to below 200 megawatts ( which is only enough to power approximately 5,000 homes).

A government official said the blackout could last all weekend, leaving the population of around six million people in total darkness.

‘The Lebanese power network completely stopped working at noon today, and it is unlikely that it will work until next Monday, or for several days.’

Blackouts have been a problem in Lebanon since the end of its 15-year civil war in 1990, and the small country relies heavily on imported fuel. Many citizens rely on private generators that run on diesel, although that is also in short supply.

There were power outages throughout September due to the fuel shortage which in recent months has forced many businesses to close and left people relying on the black market.

This occurrence is part of a wider economic and political crises impacting all aspects of daily life in Lebanon.