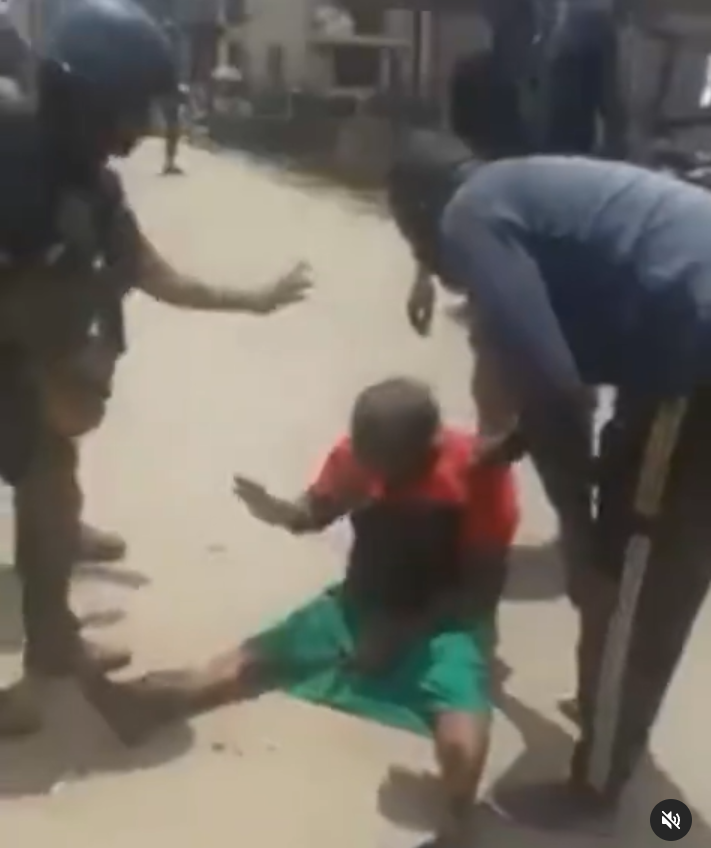 An old woman has been seen in a viral video pushing back at security operatives trying to take her away for wearing a Biafran outfit.

The woman who was seen sitting on the floor, told those trying to de-escalate the situation that what the security operatives are telling her is “unimaginable”.

She noted that the security operatives are “foreigners” and further asked why they will ask her to leave her land since they are not from Biafra. She also mentioned that one of them was threatening to kick her.

This is coming after a veteran actor, Chinwetalu Agu was arrested by soldiers at Upler Iweka in Onitsha, Anambra state for wearing a Biafran outfit  and lster picked up by the DSS.