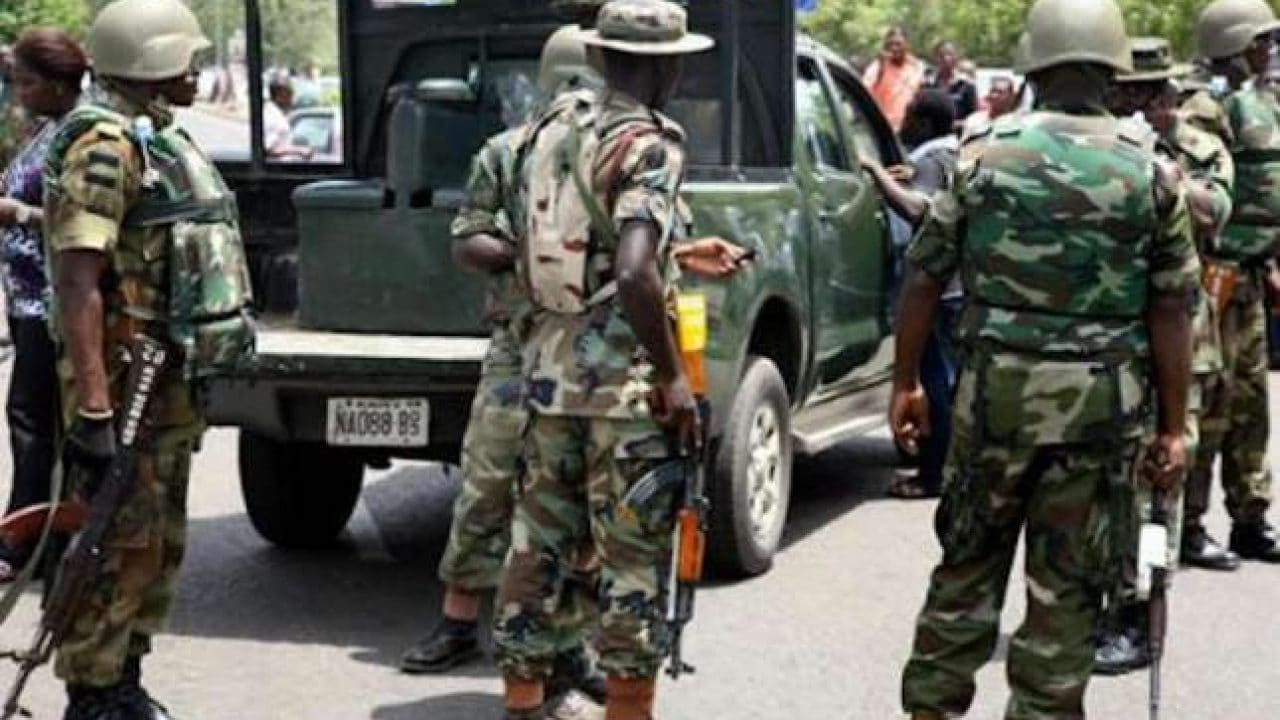 A policeman has been killed after troops of ‘Golden Dawn’ (a newly-launched exercise in the south-east by the Nigerian Army) repelled an attack at a police checkpoint along Okija-Onitsha expressway in Anambra state.

Director of Army Public Relations, Onyema Nwachukwu said in a statement on Saturday October 9 that three gunmen were killed while others fled with gunshot injuries.

One vehicle and 2 motorcycles were also recovered by troops. The statement read;

“Troops of Sector 5 of Exercise GOLDEN DAWN deployed in Anambra have neutralised three unknown gunmen who attacked a Nigerian Police checkpoint along Okija-Onitsha expressway on 7 October 2021.

“The gallant troops engaged and overwhelmed the gunmen with superior firepower, forcing them to flee the scene. Troops however gave them a hot pursuit, and engaged the gunmen in a gun duel.

“The 3 gunmen, who drove in 2 Vehicles (a Hilux and Hummer bus), eventually succumbed to troops’ effective firepower, while others fled with gunshot wounds.

“Troops also recovered one vehicle and 2 motorcycles, while conducting further exploitation of the general area for the fleeing terrorists.

“Unfortunately, a policeman paid the supreme price, in the line of duty, for his country.

“The Chief of Army Staff commends the troops for the feat and urges them to sustain the momentum against all criminal elements operating in the region. The COAS also sympathises with the family of the fallen hero and prays for the repose of his soul.”

Lebanon plunged into darkness after country ran out of fuel